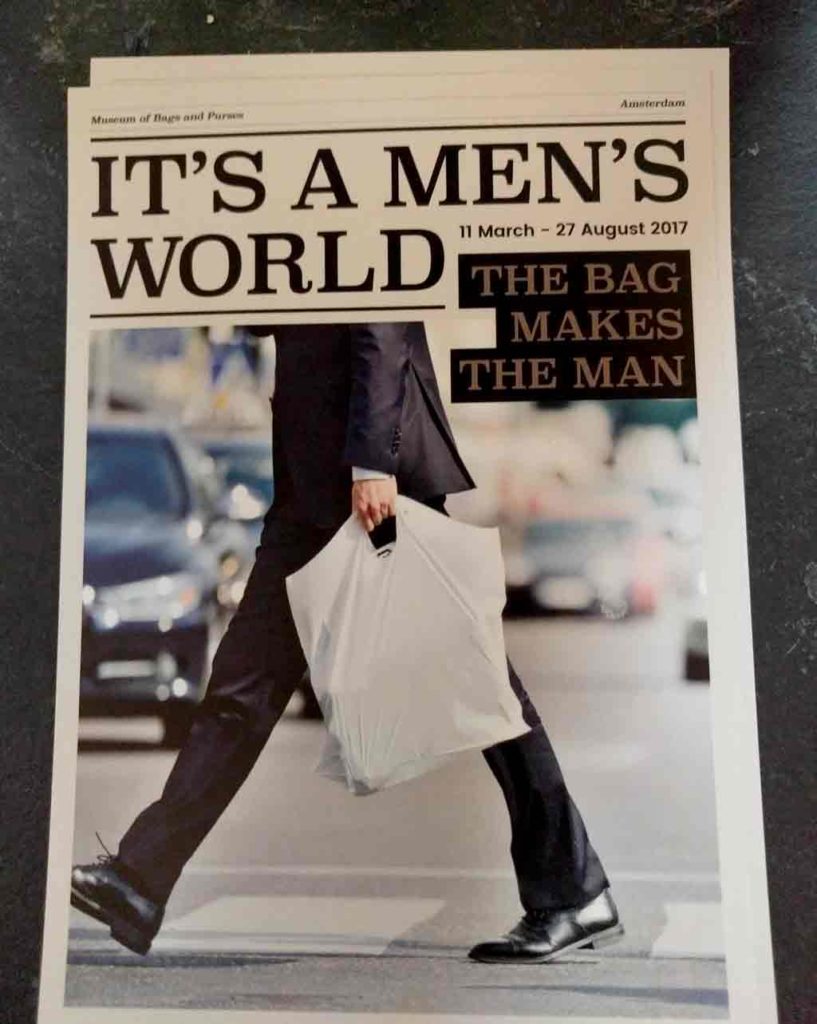 While the Tassenmuseum Hendrikje, the Amsterdam Museum of Bags and Purses, is certainly a niche museum, the exhibit “It’s a Men’s World” is a niche within a niche — it takes the specialized interest in bags and purses and slices that further to the small fraction of bags designed specifically for men. 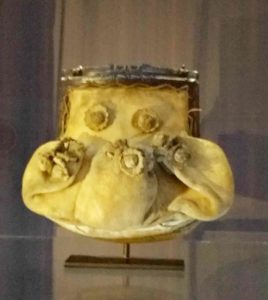 Belt pouch made from leather with iron frame, 28 pockets for multple coins, France/Germany 1500-1600 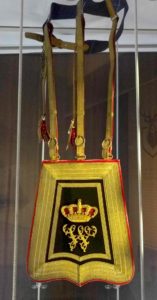 The exhibit starts out with a bag from the 1500’s. It was not unusual for men at that time to have purses. It was only once men started wearing pants and jackets with pockets, that purses became specifically for women. The purse on display, with its leather body and metal frame, has the same structure as women’s purses would have for centuries afterwards, but the 18 coin pockets somehow keeps it in the man’s realm. Next was a Scottish sparran, a bag worn with a kilt as part of traditional Scottish men’s attire. This piece emphasizes the need for a bag when men don’t have pants. 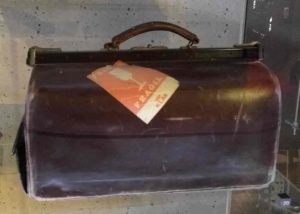 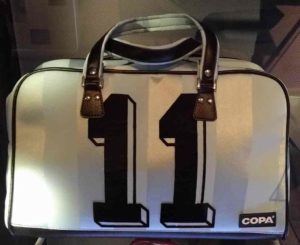 Most of the rest of the exhibit is about the bags men use for specialized functions. There were professional bags — doctors’s bags, and businessmen’s briefcases, and special money changing bags for bankers. There were gym bags, used by both professional and amateur athletes. 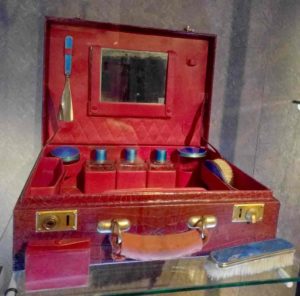 In the beginning of the 20th century, gentlemen had special toiletry bags as part of their luggage, much like women did. These included a variety of brushes and cremes and colognes. Presumably, some of the brushes were for their shoes and clothing, in addition to a brush for their hair. Nowadays, men use much smaller “dopp kits” which fit inside their other luggage. 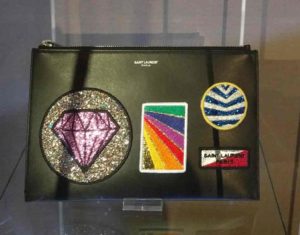 The exhibit featured a few men’s fashion bags. These demonstrated that while in the mainstream it is considered “unmanly” to use a purse, some men carry one anyway, either as a “fashion statement” or as a statement against gender stereotypes. 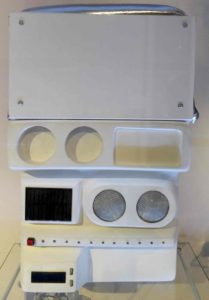 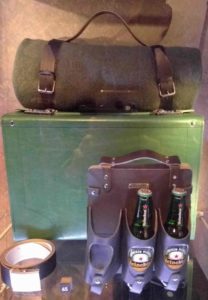 Two of my favorite bags in the exhibit were picnic bags. One incorporated a leather six-pack holder and a bottle opener — this asserts its manliness in a way a picnic basket doesn’t. The bottle holder has openings just big enough for a Heineken label to show through. The other bag I liked was the “technopicnic backpack prototype”. Made out of hard plastic with mylar pillows, it looks like an astronaut’s pack. It has speakers, a small screen, a solar panel and two USB ports, as well as a small table and cup holders. Any man with this backpack would clearly impress his date!