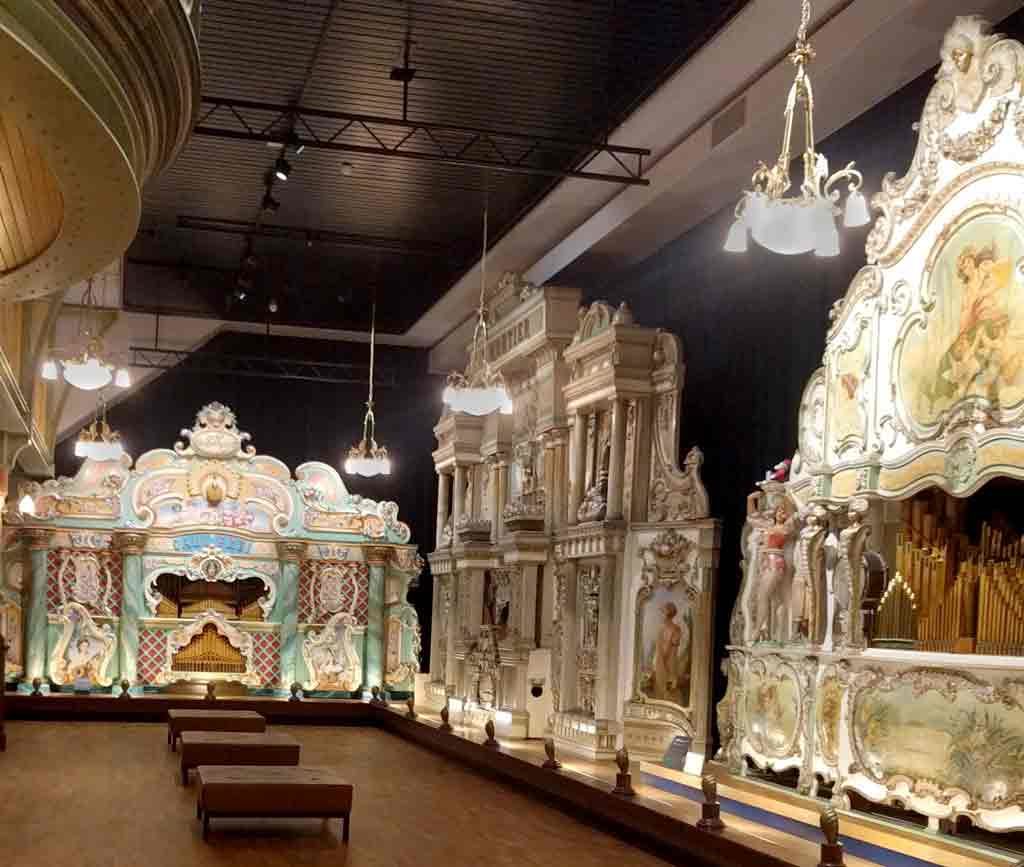 I enjoyed this museum on lots of levels — it appealed to my inner child’s sense of wonder. It had technology. It had music. It had history, both of the rich and the everyman. It had design —  from the baroque, to deco, to contemporary. 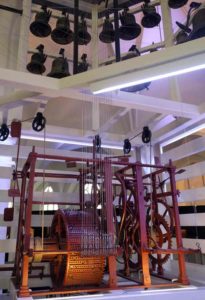 The mechanism in this old church carillon 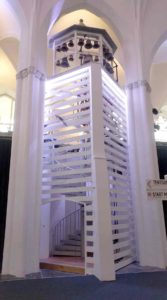 The Museum Speelklok celebrates all types of mechanical music machines. While it is possible to visit museum on your own, we took the “musical tour”, where the guide demonstrated about 10 different machines. The tour started out with a carillon, the earliest form of “music clock”. Since the 16th century, church bells not only ring the time of day, but can also play a tune.

After these carillons, the next musical clocks to be built were for rich noblemen to show off their wealth. They pushed clockmakers to create ever more intricate devices. Some had little scenes that would animate as the music played. They even commissioned the greatest musicians to write music specifically for these machines. The guide demonstrated a beautiful machine that played Handel’s Sonata for a Musical Clock.

Eventually, these music machines stopped being clocks altogether. And as the technology evolved, more and more machines were built for the enjoyment of everyone, not just the aristocracy. In the Netherlands, it became possible to lease a street organ, making it possible for organ grinders to have access expensive devices. These ranged from the “belly organs” that they would wear around their necks to the huge calliopes that would be pulled by horse to town markets. The tour guide demonstrated a model called “The Arab”, an ornate machine that played lots of different instruments (drums, organ, cymbals). These machines were quite loud as they were intended for use outside in noisy areas, like markets or circuses. 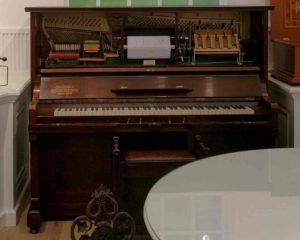 By the late 19th century, it wasn’t unusual for an upper middle class family to have a player piano in their house. These were fine musical instruments that incorporated mechanisms to play songs from cylinders. The cylinders eventually became programmed not only the notes, but how hard the hammers should strike, and they even controlled the piano’s pedals, giving a sound much closer to a human musician than a calliope. Families would sing along with these, they were the karaoke machines of their time. 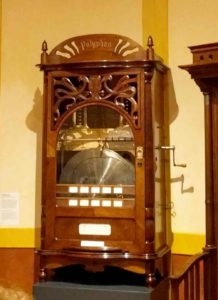 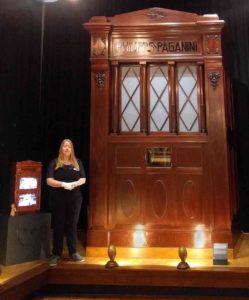 Giant dance hall music box. A small model on the right contained a video showing the insides of the instrument.

Meanwhile, music machines continued to enter popular culture through “jutebox-like” machines that could be found in bars and cafes, where patrons could select from several disks of songs. Also, giant machines were being created for dance halls. Some of these had sleek modern design, while others were colorful baroque “wedding cakes”.

The tour ended, appropriately enough, with a rendition of “Rock Around the Clock” on one of these monsters. Sadly, with the advent of amplified recorded music these machines became obsolete, and dance halls became “discotheques”.

After the tour, we explored other parts of the museum and discovered a gallery with the Marble Machine designed and built by contemporary Swedish “folktronica” band Wintergatan. Two thousand marbles fall through the machine to play the vibraphone, the snare drum and the bass guitar. This demonstrated that while these machines are no longer the most practical way to play music, they continue to delight us– the video above has been played over 48 million times.