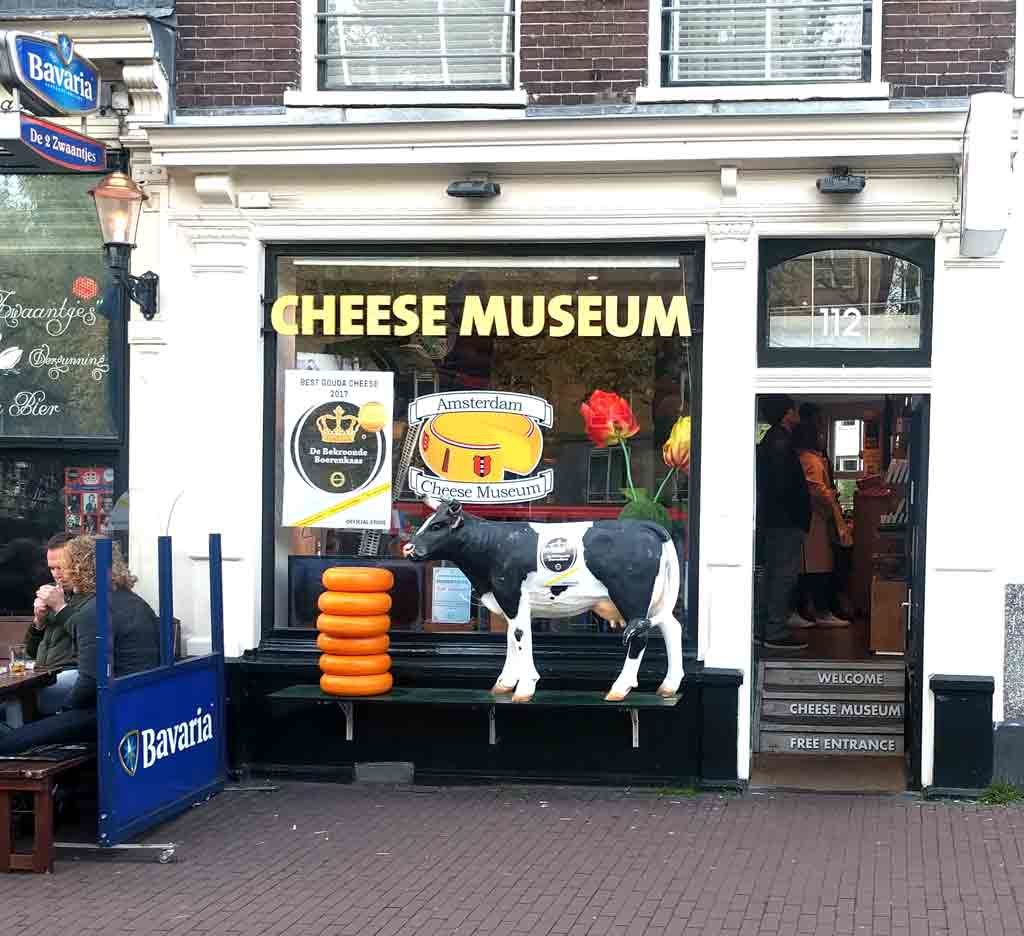 Amsterdam is a city of many museums, great and small. In fact, it has two cheese museums! I picked this quirky place for the first of my Amsterdam museum blog posts. 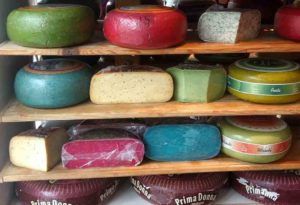 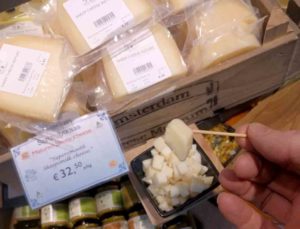 Free samples of cheese in the shop

The upstairs half of the museum is, in fact, a cheese shop for tourists — with well over a dozen different varieties of Dutch-style cheese to taste and to buy, including some flavored cheeses in unbelievable colors. I think I tried them all, but my favorite was a 9 month-old “Golden Gouda” which had recently won a 2017 cheese contest.

Downstairs was the museum proper. While very small, it was full of historical cheesemaking tools, as well as information about how Dutch Cheese was made traditionally, and how it is made today on an industrial scale. 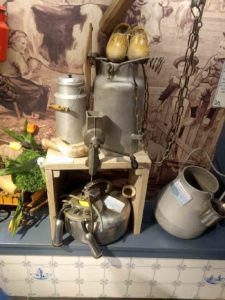 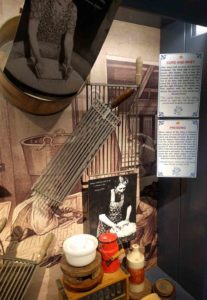 Tools for separating curds and whey

Each display combined a number of artifacts — the first one had a milking stool for milking by hand, an early milking machine, a churn, a grinder for the rennet, and some milk buckets. Another display combined an explanation of pasteurization, and a discussion of rennet and curdling. 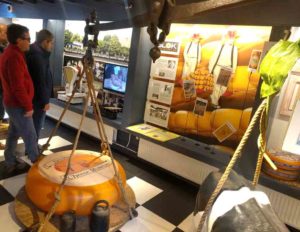 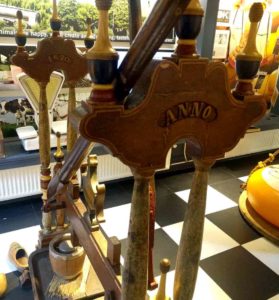 There were two very large items on display in this small space — a large scale for measuring cheese wheels, and a 19th century decorated wood cheese press. These presses, used to squeeze out the water in hard cheese, were traditional wedding gifts in farm communities. The one in the museum is one of the last remaining examples. 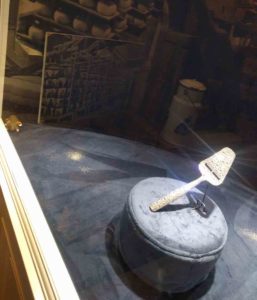 The most expensive cheese slicer in the world?

Finally, in the last case, was a crystal-encrusted cheese slicer. Apparently, a few years ago, the museum displayed a “the worlds most expensive cheese slicer”, decorated with $28,000 in diamonds, which was on loan from Boska cheese makers.  The cheese slicer was stolen in a notorious heist in 2015, so now this crystal one is shown in its place. A plush mouse in the corner of the display was a clue that this was the not real deal.

This was a fun and informative (and tasty) museum to visit.