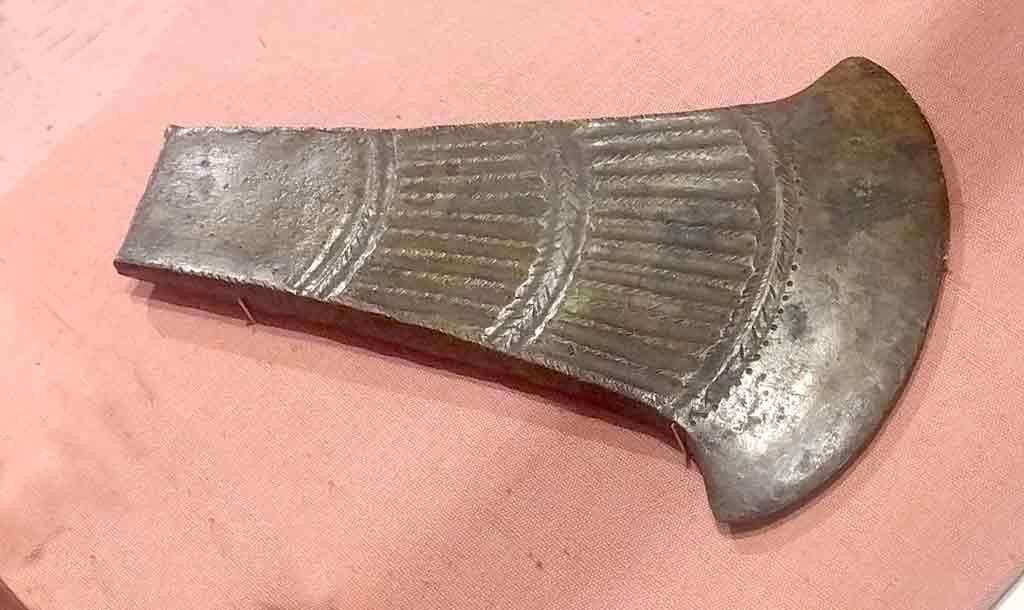 The richness of the archeology of Ireland, as presented in this museum, is largely due to the country’s geology. Wetlands archeology digs have unearthed treasures from the Irish bogs, both literal royal treasures and unique artifacts. One sixth of the country is covered with bogs, which have unique properties for preserving artifacts. Largely undisturbed for millennia, much of the bog has been dug up for fuel in the last hundred years, bringing all sorts of artifacts to light, some from 2000 BCE, others from the middle ages. The chemical properties of the bog, acidic, cool, and devoid of oxygen, preserve organic artifacts. 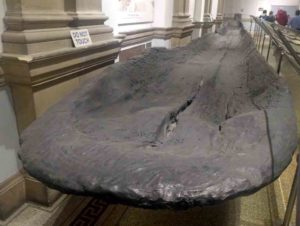 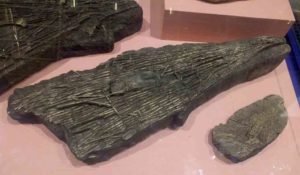 The exhibit included straw fish traps from 5300-4700 BCE, preserved by the bog. The museum has a dugout longboat boat from 2500 BCE, that at 15 meters, is so long it’s almost impossible to photograph in the gallery. 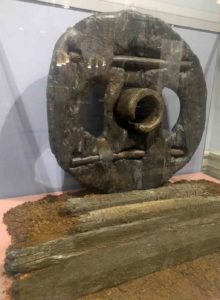 Wheel and tracks for transport over the bog, 4th Century 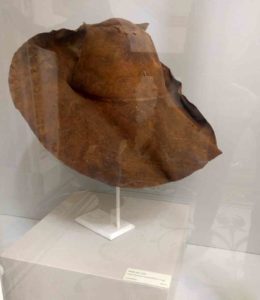 Felt hat From the middle ages

The Irish constructed wooden tracks to cross the bog, and pieces of this track and of cart-wheels that were used on it in the 4th century BC were preserved by the bog. A wool felt hat from the middle ages is on display, which looks straight out of a painting by Pieter Bruegel the Elder. There is even something called “bog butter” — butter or animal fat preserved in wooden buckets for hundreds of years, either preserved to be eaten or to be used for paying taxes. The museum also had an exhibit of “bog people” (bodies preserved by the bog, some thought to be ritual killings of Irish kings in the early bronze age), but I was too squeamish to go in to look at those. 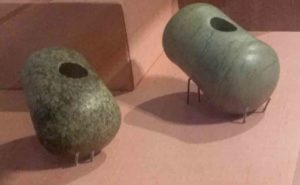 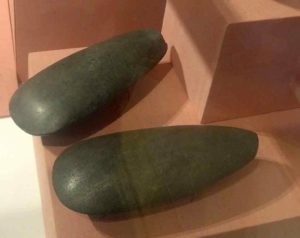 In addition to bogs, Ireland’s countryside is dotted with stone-age burial mounds and megaliths, and there were lots of stone and metal artifacts on display as well. From the stone age, I admired some beautiful polished stone maces, axe heads and beads from roughly 5000 years ago. 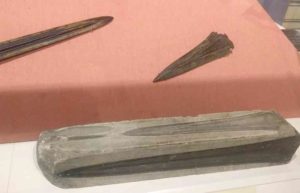 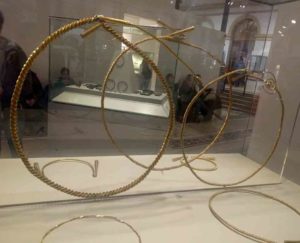 From the bronze-age, there were some decorative spearheads, dirks and axeheads as well as, in some cases, the clay molds that the pieces were made in. Also there was a lot of gold jewelry discovered in several buried “hoards.” While most of the gold finds had been melted down by their discoverers, there were fine examples that made it into the museum’s exhibits.

After having visited some of the burial mounds and bogs around Ireland, it was a treat to the artifacts that had been recovered here in this museum.