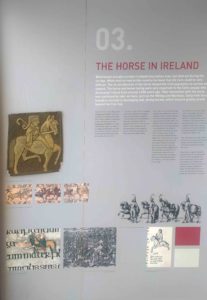 Panel describing the history of Horses in Ireland 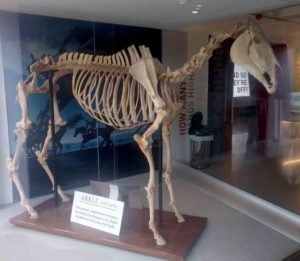 Entering the museum, you are confronted with the skeleton of Arkle, “The greatest steeplechaser in history”. This, along with the hoof of an other champion horse, presented with a silver horseshoe, highlighted the strange combination of reverence and irreverence in the treatment of race horses – I would not expect to see body parts of champions in most other sports museums. 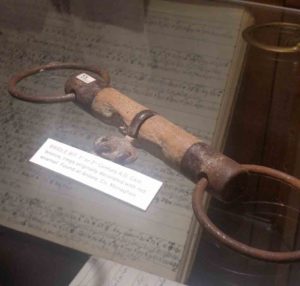 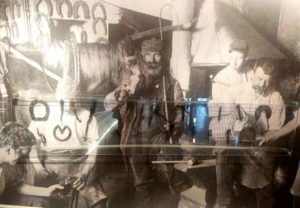 Large photo of a 19th century smithy, with a display of historical tools from blacksmiths, saddlers and farriers.

Historical exhibits included a bridle bit from the first or second century. Elsewhere, a giant photo is blown up of a 19th century blacksmith, used as a backdrop for a display fof the tools of  saddlers and farriers  far back as the 15th century. 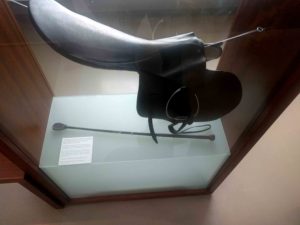 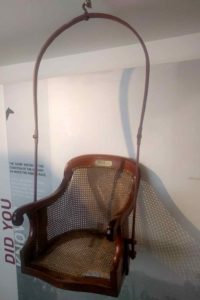 Another set of displays concentrated on Jockeys. One exhibit showed the whip and saddle from Sir Gordon Richards, “arguably the greatest jockey of all time”, according the the label in the case. Another showed an antique jockey weighing chair from Curragh racecourse, located near the Irish National stud. 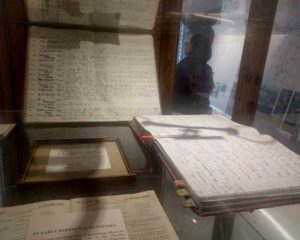 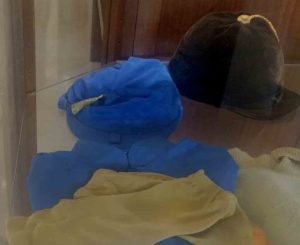 Our trip to this museum was a nice ending to an enjoyable afternoon at the the Irish National Stud.