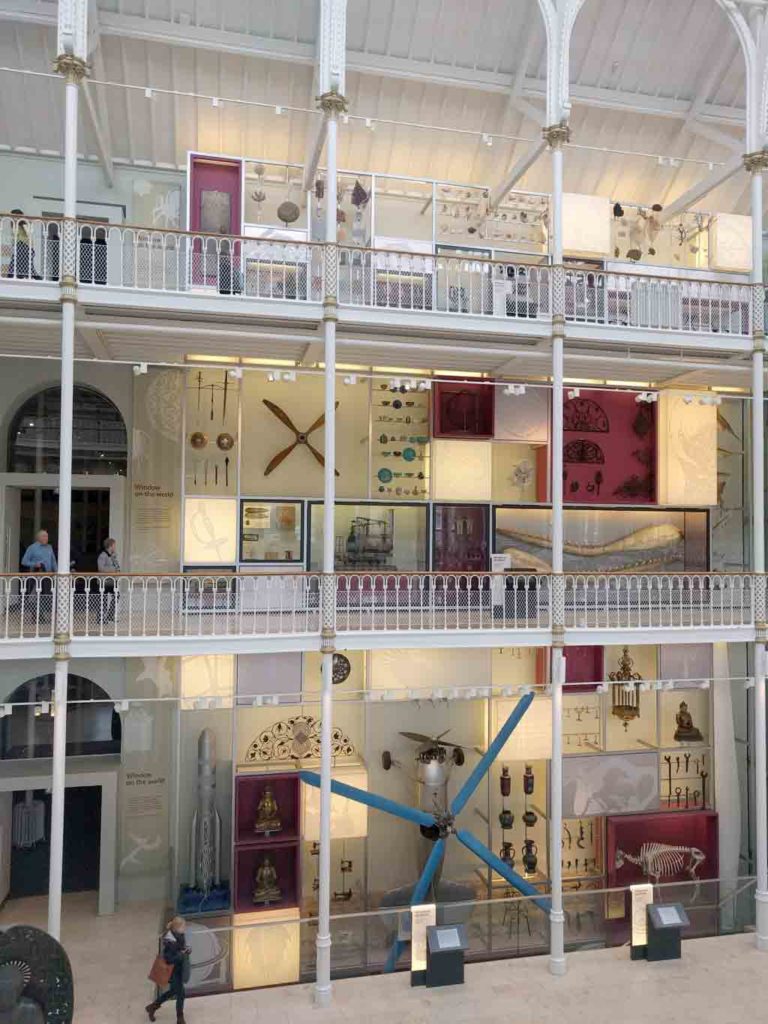 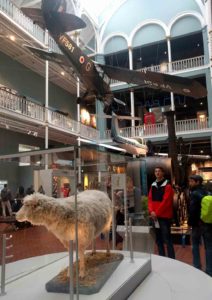 Dolly the cloned sheep, with a steam engine in the background 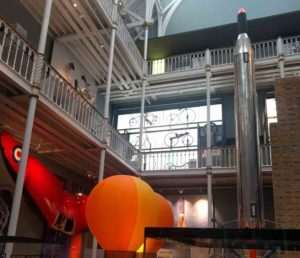 The science wing was an unusual hodgepodge of exhibits, each floor with only the vaguest of themes: “Explore”, “Making it”, “Technology by Design” and “Enquire”. The first floor had hot air balloons next to the taxidermied remains of Dolly the sheep (the first cloned mammal), next to a giant steam engine. Above were bicycles and rocket ships. 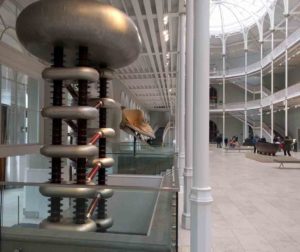 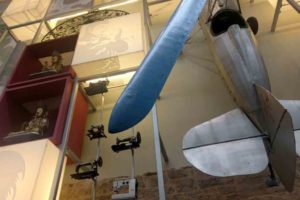 A plane, sewing machines and buddhas.

Each “wing” of the museum has several floors but they don’t all have their own stairs. To get between floors of Technology, for example, visitors have to pass through the “Fashion and Design” exhibit leading to stairs in the Victorian Grand hall, (which houses a whale scull, a primitive boat, a Victorian water fountain, a particle accelerator and a statue of Buddha), then they go back through the design vertical in “Making and Creating”  before reaching “Explore” back in the technology wing. You can’t help but be exposed to far more than what you may have come to see. 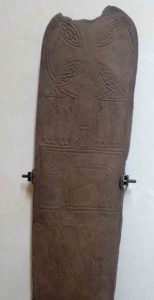 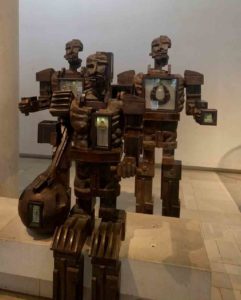 The the 5 floors of the antiquities and history of Scotland wing each present a different eras like “Early People” or “Kingdom of Scots”, but within floors the exhibits are not chronological. A display on 19th century linen-making sits next to a scale model of a “cruck-framed” (or curved beam) traditional house. One particularly playful exhibit consisted of several groupings of neo-cubist bronze figures by Eduardo Paolozzi. The figures are designed to exhibit artifacts — for instance, glass display cases in a figure’s chest contain ancient necklaces, while rings are displayed in a case embedded in a figure’s hand. 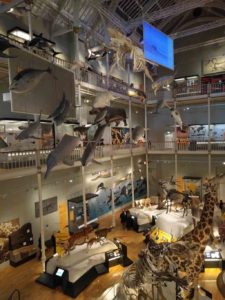 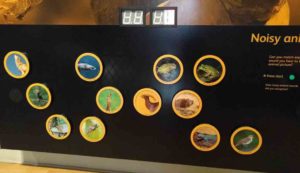 The small bit of the Natural World galleries that I had time to see  were also lots of fun. Dioramas of animal habitats included a cross-section showing underground and above ground. There were interactive exhibits such as a quiz challenging visitors to match animal sounds to photos. And the dramatic Animal World Gallery was another Victorian atrium with sea creatures, birds and African animals all flying in the air.

There was so much to this encyclopedic museum that I barely scratched the surface in my 2 hour visit. I loved the vibe of this museum and I hope someday to go back and see more!