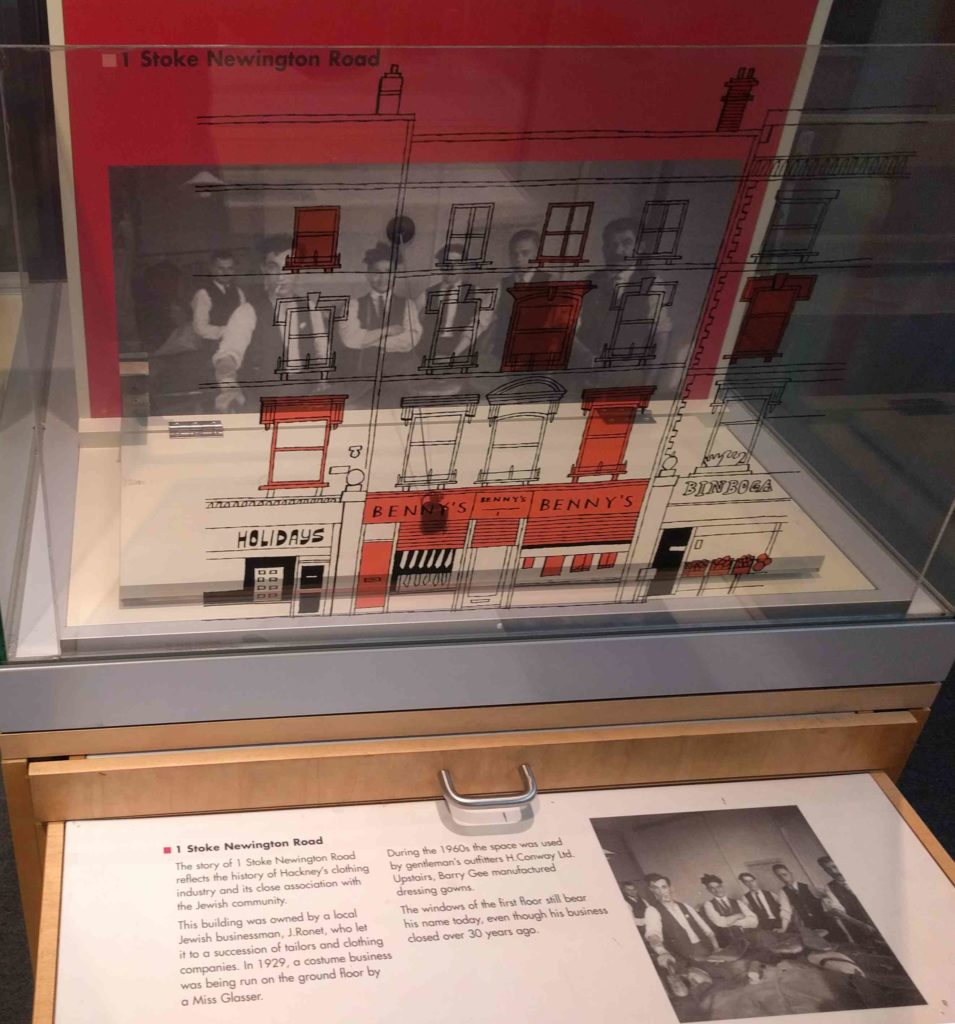 The Hackney Museums is a wonderful community museum, which tells the stories of the diverse people in this area of London, with an emphasis on social justice. We discovered this place by accident on google maps while cycling through the area. 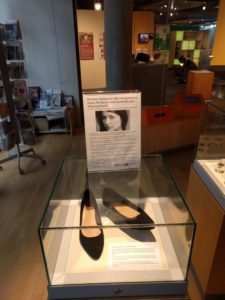 These shoes are part of a sex discrimination lawsuit. 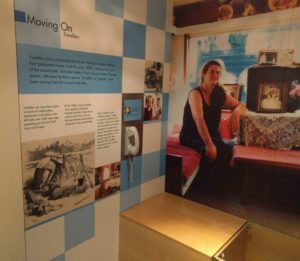 The Travelers are a minority that is discriminated against in the UK.

The first exhibit I encountered told a contemporary story with a pair of woman’s flat shoes. It explained that the shoes’ owner was a Hackney resident who had been sacked from her job as a receptionist because she refused to wear high heals, and was now suing her ex-employer for discrimination.
Another set of panels was about the Travelers, a nomadic group who are discriminated against, who have camped in Hackney over the century. Hackney is one of the only places in Britain with official site for them. 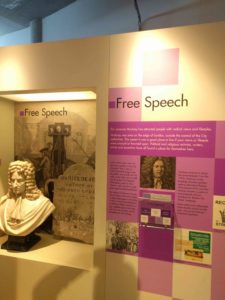 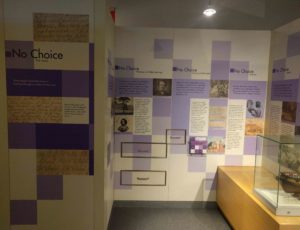 Migrants who did not want to be in Britain

Some of the exhibits were about the history of Hackney. One told about Hackney as a tolerant place which was a haven of free speech. In the 1500’s Acting was outlawed in London, so Shakespeare’s troupe would perform in Hackney. In the 1700’s, Daniel Defoe lived and wrote in Hackney. Some of his writing was political, and got him locked up in pillory and in jail.

Another historical exhibit was about people who lived in Hackney ,but not of their own will. One panel was about black slaves, and others were about Ayahs and Lascars, Indian nannies and sailors who were hired for the voyage to England, but were abandoned here with no prospects and no way to get back. Homes were set up for these groups in Hackney.

A big theme was how the neighborhood has changed. It explained about “eel pie” shops in the area — a working class meal made of eels from the Thames and mashed potatoes, have been replaced by inexpensive Chinese restaurants. Then and now photos showed how factories have been converted into offices. One exhibit showed off items currently made in Hackney — craft beer and artisanal honey and jam. 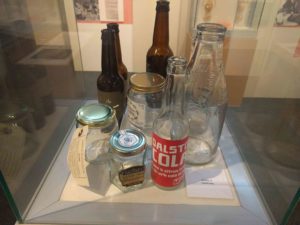 Artisanal products, made in Hackney 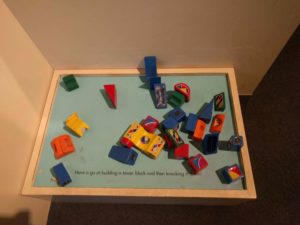 Build and destroy your own tower blocks.

Many of the exhibits were child-friendly, with drawers to pull open, and buttons to press. My favorite was an exhibit about the building and subsequent destruction of “tower housing”. Next to the panels describing the challenges that these building were trying to address, and the mistakes that were made, there is an area with a set of magnetic building blocks for kids to create and destroy their own towers.

I loved how this museum told a different story about the history of London, and how it is designed to resonate with a different type of museum visitor.