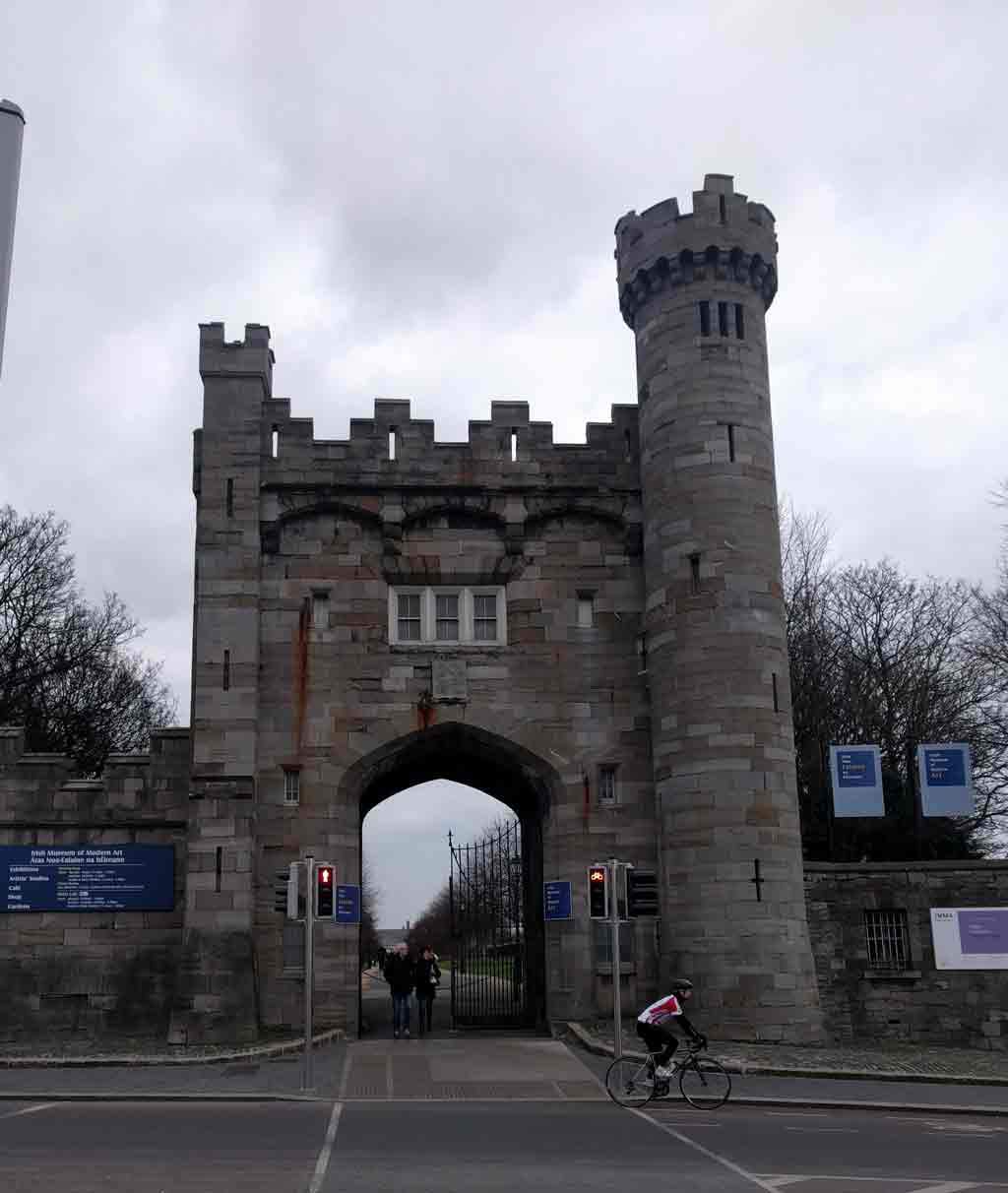 In some ways the IMMA in Dublin could not be more different from MOMA in New York, or the Tate Modern in London. First off, it is not in a modern building but rather in the 17th Century Royal Hospital Kilmainham. Also, I did not see any art from the late 19th through mid 20th century that is traditionally labeled Modern Art – all of the art on display seemed to be Contemporary Art from the 21st century.

The exhibit Historica – Republican Aesthetics, was created by invited curator Sumesh Sharma, from India. Both India and Ireland are republics created from British colonies, and the curator is investigating how both countries “celebrate many years of independence while grappling with nationalism and misplaced pride”. This resonated with another concurrent show at the IMMA Europa by artist Emily Jacir, which the artist said “reflect(s) the strong links between Palestine and Ireland and the shared history of British Colonial Rule”. 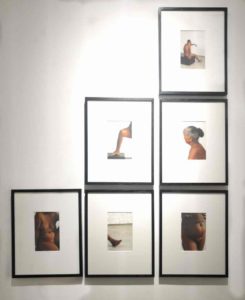 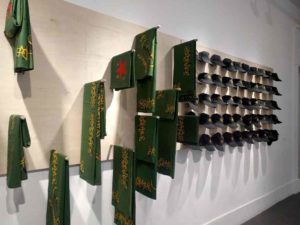 Much of the political content of the artworks was only clear to me after reading the exhibition guide and viewing a video of a lecture by the curator. One work, A Model (Arai) by Aurelien Mole was a series of nude photos of an older Indian woman. While the work clearly was a challenge to the western concepts of beauty, it was only after further research that I discovered that the model was from a Western Classical Fine Art Academy in Mumbai who was let go after she was too old. She modeled for many modern painters, but had never been to a painting exhibit until Arelien Mole invited her.

Another work, Free Silhan Özçelik was a series of green military hats and scarves with red stars and yellow writing. I learned in my research that these were from the Kurdish Women’s Protection Unit, and that the artist was drawing parallels between women revolutionaries in the Irish Republican Army and in Kurdistan. 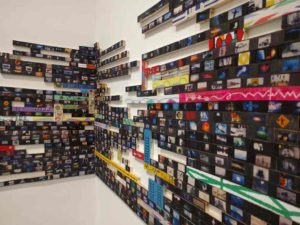 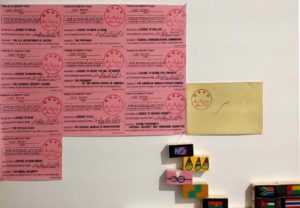 Misterioso by Judith Reddy consists primarily of small balsa wood blocks, each covered with a photograph, layed out in a dynamic pattern across 2 galleries. Also she displays a series of “permits” she has created, giving her, among other thing, “license to kill”, “license to silence dissent”, and “license to make a living”. 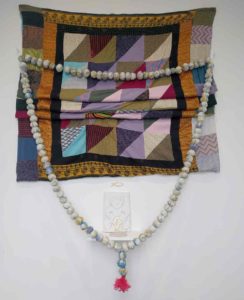 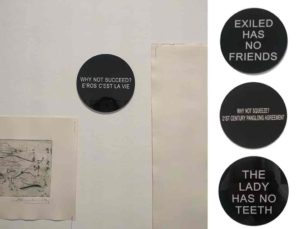 Saviay Lopes twists the Christian symbols of the fish and the virgin, transforming the fish into female genitals, which she juxtaposes with her grandmother’s quilt. Sawangwongse Yawnghwe has created disks with sayings on them which are distributed throughout the exhibition. At first I thought these were surrealist nonsensical humor – one quotes Man Ray –  but they narrate accounts of the continued denial of freedom to the people of Myanmar (once part of the British Colony of India). 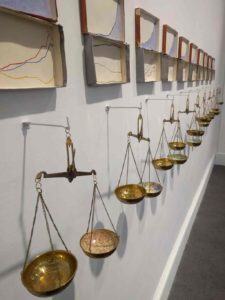 Perhaps my favorite piece in the show was Mapping Economy. This piece juxtaposed a series of graphs, with a set of weighing scales. The artist, Sachin Bonde, has glued a map into one of the plates of each scale, cutting, repeating and distorting the 2 dimensional maps to fit into the round plate. For me this evoked how representations distort reality at the same time that it changes reality (the scales all tip towards the heavier plate with the map).