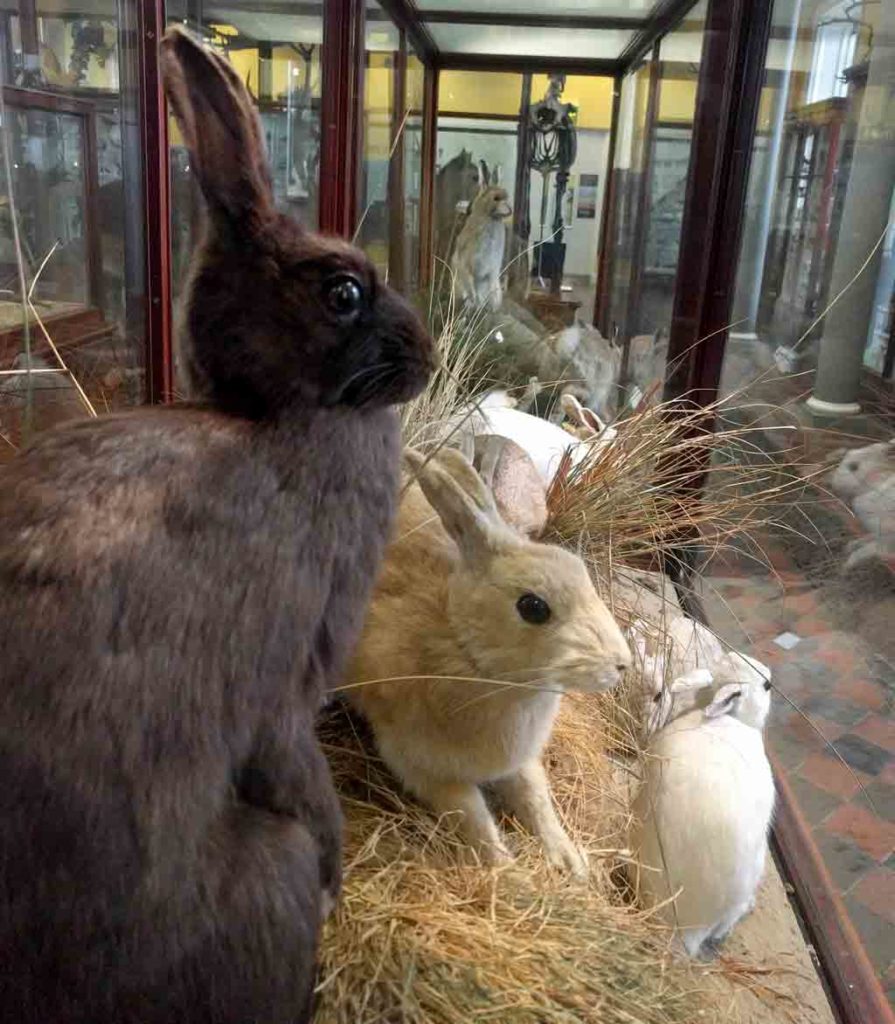 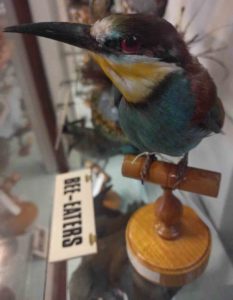 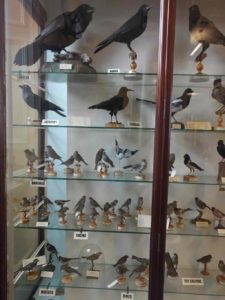 A case of Irish birds

The ground floor is dedicated to the animals of Ireland. There are cases and cases of taxidermied birds and ducks, some like the mockingbirds and gulls I recognize from the local parks. Others, like the kingfisher or the bee-eater, seem like exotic birds from Africa, but they come to Ireland as part of their migrations. 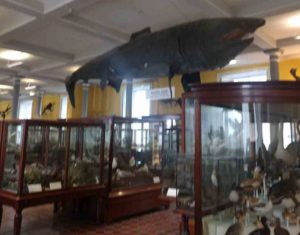 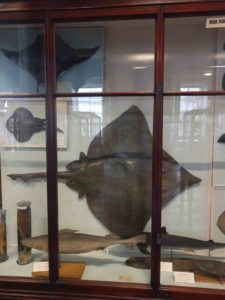 On one wall there are more cases of taxidermied fish, and hanging over the center of this hall is a giant shark. Unfortunately the shark is quite old and in need of restoration. 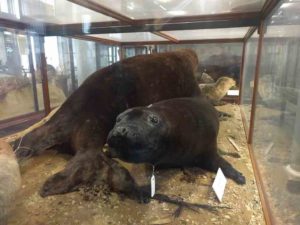 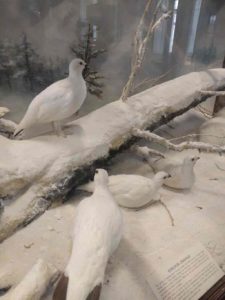 The center area is dedicated to mammals. There are cases of rabbits and hares, mice and hedgehogs. A few cases are arranged around themes — for instance there is a snow scene with a group of birds and mammals that are white for camouflage, 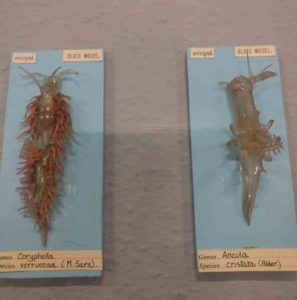 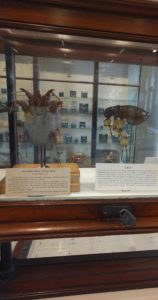 In the back are the insects and mollusks. The butterflies and other insects collected are pinned to boards, where as the mollusks (snails and slugs both from the land and the sea) are reproductions modeled out of glass. There is even a giant 3 foot glass model of a flea. 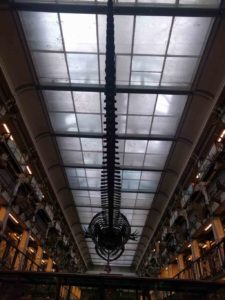 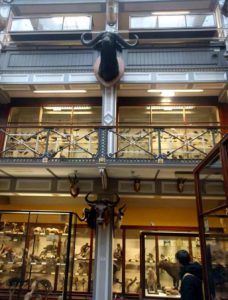 The upper floor, display animals from all the continents. There is a whale skeleton hanging in the center, with level galleries all around, but after a stairway collapse, these have been closed off for lack of funds. While I liked the space, the animals exhibited were the same as at any natural history museum. 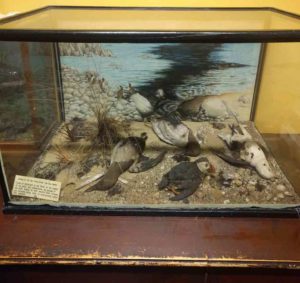 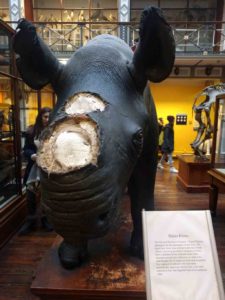 One thing that struck me were the ways that the museum highlighted the challenges to wildlife. A stuffed rhinoceros had his horn crudely hacked off to draw attention to both the poaching of rhinos for their horns and the theft of rhino horns from museums. Another case had a small diorama, at least 50 years old, showing how oil dumping decimates the sea wildlife. There was a shocking brutality to these exhibits that struck me as unlike the Natural History museums I was used to. Perhaps that is how it got the name “Dead Zoo”.