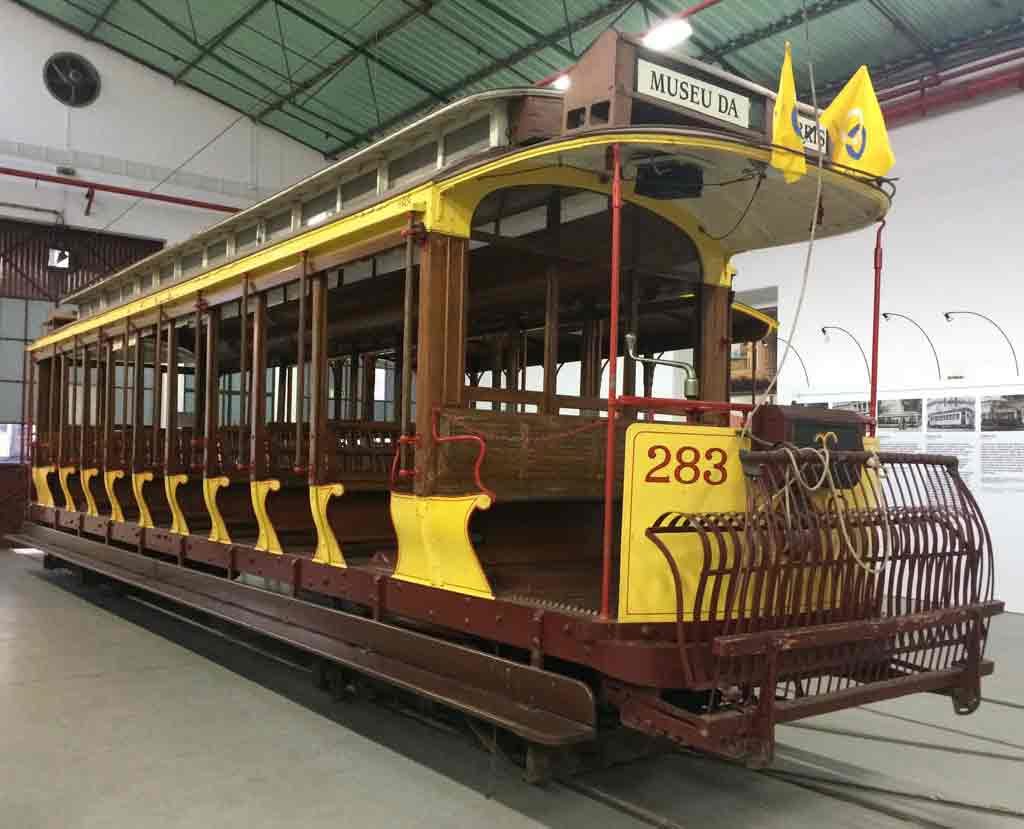 Lisbon is a city where two of the main attractions are historical public transport — the Tram 28 and the Elevador de Santa Justa (Santa Justa Elevator), so I made sure to a visit to the Carris Museum, the city’s transit museum. 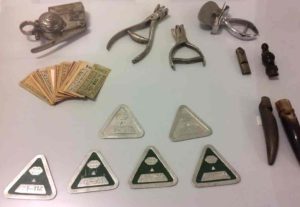 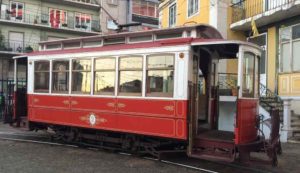 Tram that took us between the exhibits.

The museum is located on the grounds of the active train shed. The first part of the visit was a gallery with exhibits about transit in Lisbon, and Carris, the public company that runs them. The museum told how public transit played a critical role in the expansion of the city, starting with horse drawn trams in the late 19th century. Public transit in Lisbon today includes trams (both the famous old ones and the new ones), buses, subways as well as ferniculars and the elevator for getting up the city’s steepest hills. The exhibits included historical plans, documents and models. 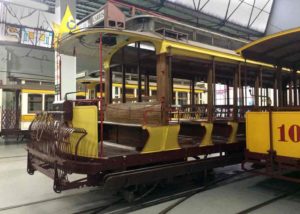 The oldest trams in the exhibit 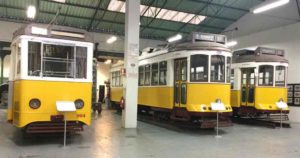 Then we were invited to board an antique tram and ride to the next section of the museum — an old workshop which now hosts an extensive collection of historical tram cars. Since often tram cars were modified and modernized over the years, it was not possible to see them as they were originally, but only in their final incarnation before they we retired. We learned that Carris had its own workshops right here, where the trams were built and modified to custom standards they created. Next door, there was an exhibit about the company print shop, which printed the tickets and schedules. I was surprised to learn that all of this was done in-house. 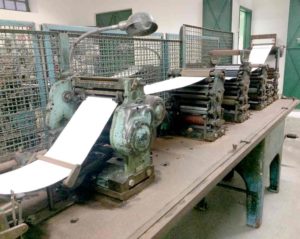 Recreation of the print shop. 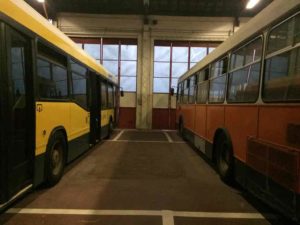 Another quick tram ride took us to the third and final part of the permanent exhibit — a garage with historical buses.
This was a magical museum in a magical city. While this type of museum always brings out the kid in me, this museum made me appreciate even more the preserved trams still on the road.