Victoria and Albert Museum | Engineering the World: Ove Arup and the Philosophy of Total Design 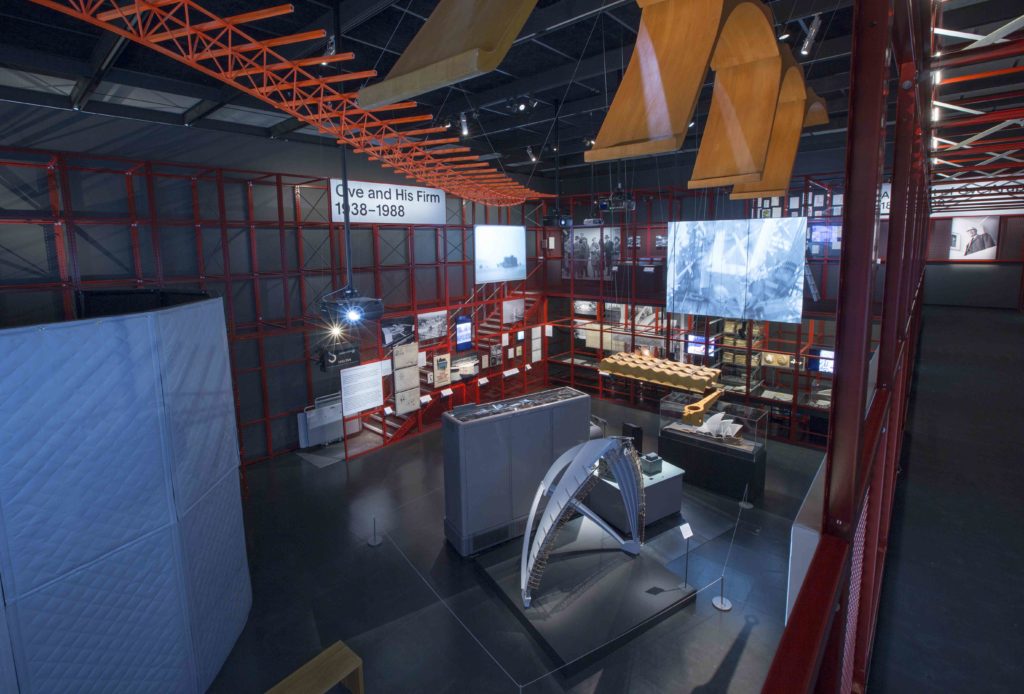 This exhibit displayed a large and varied body of work by an engineering company who, working with architects, facilitated and influenced the design of many of the 20th and 21st century’s iconic buildings. 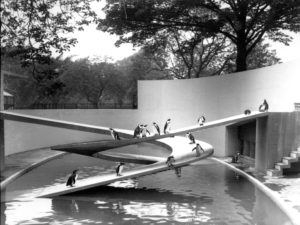 The earliest project shown is the 1934 Penguin Pool at the London Zoo, which Ove Arup helped engineeer and design. It’s one London’s first modernist structures, and is still a favorite of locals (even though the penguins have since been moved to a more naturalistic habitat). Whimsical spiral ramps allow the penguins to access the pool. 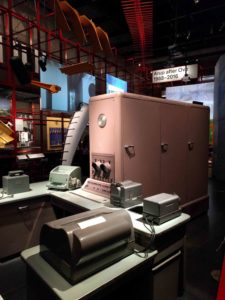 Computer used for calculations on the Sidney Opera House 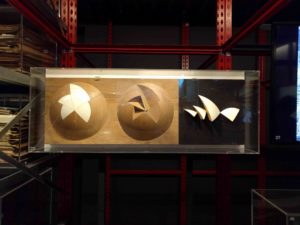 Arup’s first big project after WWII was the Sidney Opera House. Arup was hired after the architects had won the design competition, but he was instrumental in coming up with the iconic roof design. The final design consisted of different size sections of a sphere, which was both structurally sound and economical — unlike competing parabolic and elliptical designs, it could be made of lots of identical prefab modules. He also pioneered the use of computers for the calculations on this project — it most likely could not have been built if all of the calculations were done on adding machines, as was the norm at that time. 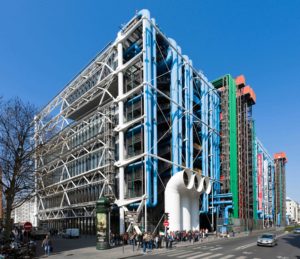 After that, Ove Arup was hired to collaborate with architects such as Renzo Piano, Norman Foster and Richard Rogers at the initial design phase of projects. This was critical in the second half of the 20th century, as architectural forms became more and more dependent on feats of engineering. For some of his projects the very look of the building is based on engineering solutions. The Pompidou Center‘s unique looks and its ability to have huge open spaces inside is due to the infrastructure (HVAC, water, and electric) is hanging on the outside of the building, on brackets that Arup’s firm designed.
For the HSBC building in Hong Kong, the cranes used to build it were incorporated into the building, as the building was hemmed in on all sides. The design also contained adjustable mirrors and shades to increase and limit the sunlight in the building as needed.

The last section of the exhibit displayed several interesting recent projects from Arup, the design consultancy Ove Arup created, which has only grown after his death. SolarLeaf bio-reactive algae façade consists of giant green panels full of liquid and live algae. Thes experimental exterior building panels create heat and energy as they clean a building’s gray water. The panels are injected with air bubbles every few seconds to keep the algae alive and moving.
For the Design London 2014 festival, Arup collaborated on WikiHouse creating the “open source” plans for CNC routers to cut plywood panels to create a house quickly will little skilled labour.

Also on display was “soundscape” emulator Arup created to allow designers and clients to hear engineering projects before they are built, be they concert halls or high speed trains.

Overall, this was an amazing display of Arup’s “Total Design” philosophy, and showed lots of examples of how Engineers are critical to the design of building.