British Library | Maps and the 20th Century: Drawing the Line 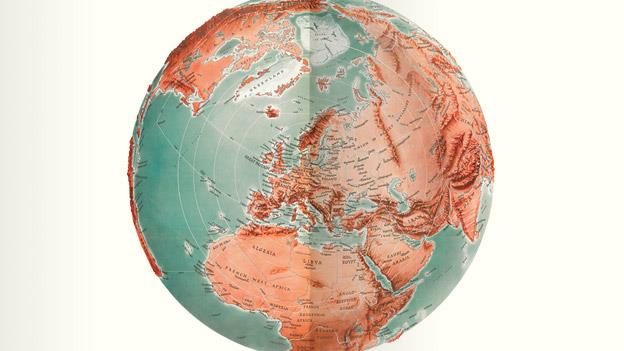 It is broken up into five sections:

While the focus of the exhibit is the 20th Century, for context it also includes some older maps, such as Mercator’s Atlas of Europe (from 1570-72). Other maps are from the 21st Century, such as the ‘cartogram’ by Benjamin Hennig, which scale areas of the world by their population density, with the help of computers. 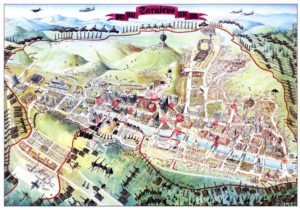 Lots of the maps relate to war — propaganda maps, maps for bombers, maps and globes for generals to track and strategize battles. The exhibit includes an illustrative map of the Siege of Sarajevo, that was created in the city during the siege to tell the story of survival in the city to the world. 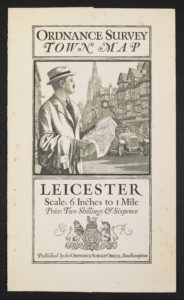 The show includes maps that were created for the leisure of the new middle class. By the 1920’s The Ordinance Survey, the United Kingdom’s official maps, began to be promoted for sale to vacationers. As the personal automobile spread, so did the need for personal maps. The Show also includes souvenir maps, from post-cards from Australia, to a visitor map of the Hiroshima bomb site. There is a visitor map of WWI battlefields that was published before the Armistice, and a map of Liverpool for Beatles fans. The show includes a contest from the Financial Times during WWII, challenging readers to draw a map of their best guess of what the national boarders would be after the war. 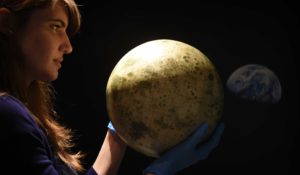 The show includes a globe of the moon, created by the Russians during the Space Race, after they had first photographed the moon’s dark side is a featured item.

There are fantasy maps from Winnie the Pooh’s Hundred Acres Lawn, from J.R.R Tolkien (he drew the map of Middle Earth before he started writing). There are humorous maps of made-up places (a map of Breakfast Island on a breakfast tray, and of San Serriffe from an April Fools joke. 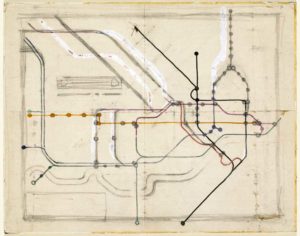 The exhibit pays homage to Harry Beck’s famous and influential London Tube Map, by presenting a preliminary sketch. Harry Beck was an engineer who was tasked with creating a map of the London Underground in 1931. He greatly simplified and distorted geographic reality, making the stops relatively evenly spaced, with all subay lines horizontal, vertical, or at 45 degree angles. The exhibit also includes Vignelli’s 1972 New York subway map, another model of elegant simplicity.
For more about this exhibit, see my wife Donna David’s blog post in mapseverywhere.net