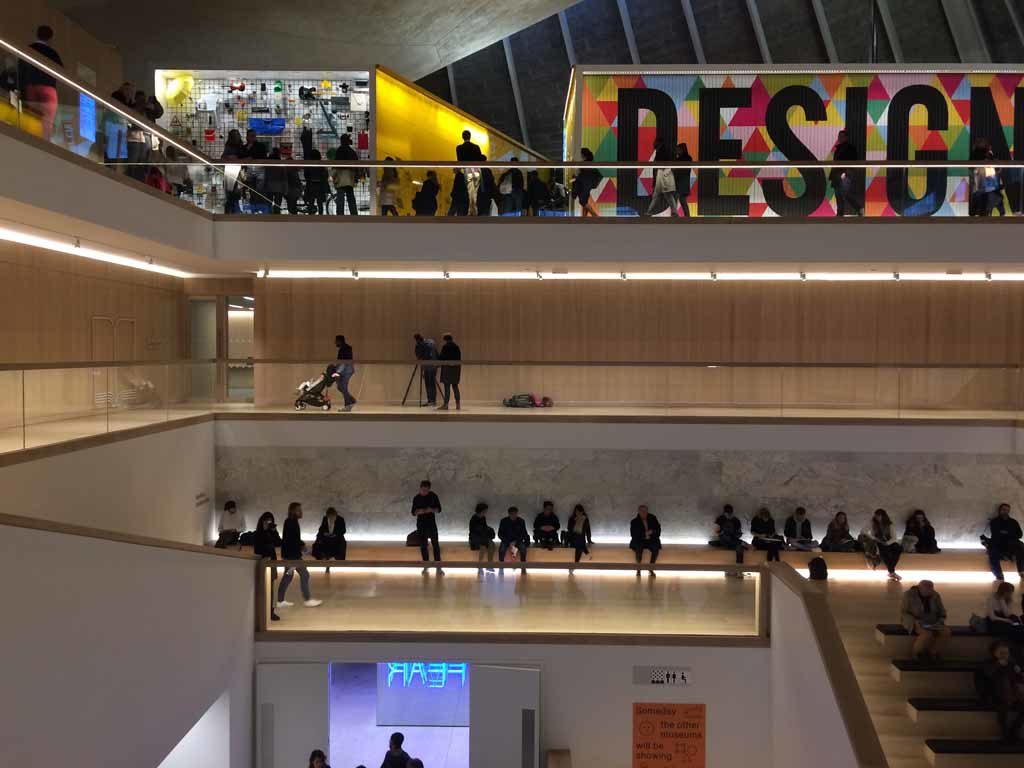 The Design Museum in London reopened this week in its new building in Kensington. The beautiful building used to be the Commonwealth Institute, built in the 1960s. The interior is completely redesigned by architect John Pawson, leaving only the distinguished sweeping roof.

Designer, Maker, User is the new permanent exhibit of objects from the Design Museum’s collection, telling the story of design. I found the title, which is an organizing principle of the exhibit, very interesting. Design isn’t just about designers, but also the user who the design impacts, as well the maker and the manufacturing process. 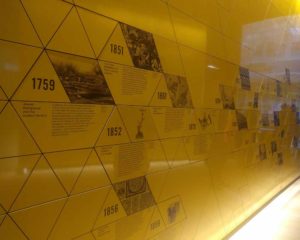 The first section of the show is wall telling the history of design, from the 1750s through today. While many of these vignettes were familar to me, others were not, such as Adolf Loos’s Ornament and Crime. Other stories like Henry Ford’s Model T, I had not thought about in terms of design, because it is more a story of makers and users than of designers.

After this introduction, the bulk of the exhibit consists of items from the museums collection. Many were familiar to me, from design exhibits at US museums, as well as from my life as a design consumer (or “user”). There was a section about underground transport, showing the London tube map before and after Harry Becks’s famous design, as well as Massimo Vignelli’s 1970’s New York subway map and MTA design standards manual. 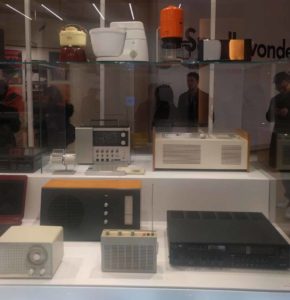 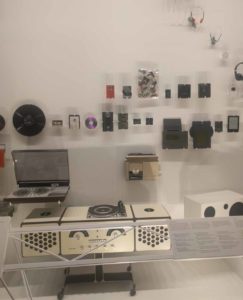 I was interested in items that were not part of the “canon” from MOMA’s design collection, such as a turntable and a coffee pot designed by Braun. There was a 1960s stereo cabinet designed by  Achille and Pier Giacomo Castiglioni, which I had only become aware of this fall, when one was auctioned off at Sotheby’s  as part of David Bowie’s possessions.

There was a corner dedicated to Margarete Schütte-Lihotzky’s Frankfurt Kitchen from 1926. Designed to maximize efficiency for users, and to fit in a small apartment, this design was so popular it was used in 10,000 apartments. Again this design is famous not for its esthetic (though it’s simplicity is very modern) but for the innovations intended to make the user’s life easier. Museum visitors were invited to try out the feel of working in this kitchen. 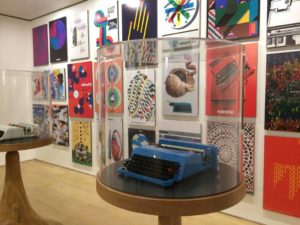 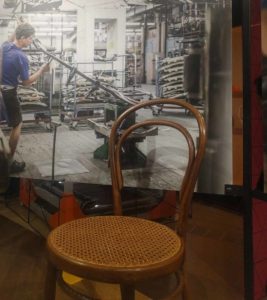 No 14 chair and it’s manufacture

The maker section traces the history of manufacturing design objects.  Thonet’s chair no. 14 was featured, which is made of six pieces of steam-bent wood, ten screws, and two nuts, and it been in production for 150 years. Henry Ford’s assembly line for the model T is celebrated. In the contemporary world, a large display introduced the issues with Chinese factory towns dedicated to building items designed by and for the west. Robotic arms and 3D printers were also explained.

There were areas in the show introducing the politics of design, from sustainable design to the democratization of fabrication with the crowdsourcing and with the Maker movement. One product on exhibit was “the Vamp” a product that started on Kickstarter, designed to extend the life of any stereo speaker by turning it into a bluetooth speaker. 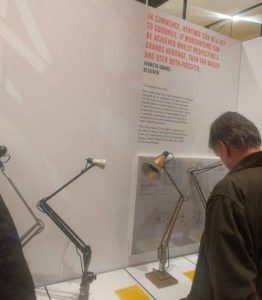 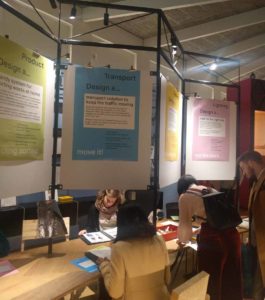 The exhibit included opportunities for the public to participate in design. One interactive allowed users to make design choices for a new magazine design, and for road signage. At the end you get feedback in the form that a client might give. Another area was set up to encourage visitors to work on paper on one of several briefs for different design projects.