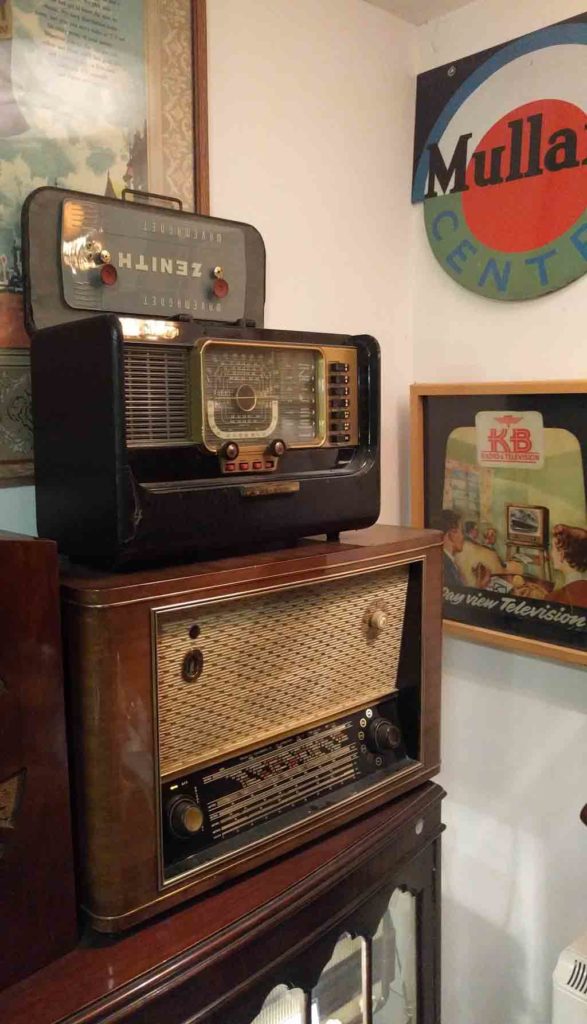 On a recent visit to Howth, a small port town just outside of Dublin, I discovered this little museum hidden inside a “Marello Tower”. This museum is jam-packed with Pat Herbert’s personal collection of radios, gramophones, and other communication technologies. The museum does not contain any Hurdy Gurdies — it got its name form a comment made by Seán Lemass, the former Taoiseach, or president of Ireland. During a visit to the studios of Radio Éireann Light Orchestra, he heard the cacaphony of musicians tuning up and referred to Radio Eireann (the Irish national broadcaster) as the ‘old hurdy-gurdy’. 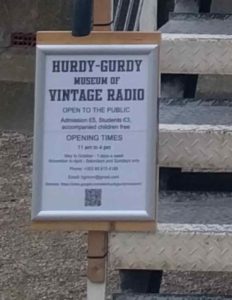 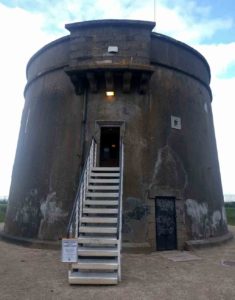 The Martello towers were built by the British in the early 19th century to defend against a possible attack by Napoleon. Originally each tower was built within sight of the next. There are dozens of these towers spotting the coast of Ireland. This one was offered by the Fingal County Council to Pat Herbert to house the museum.

The museum is staffed by volunteers, who gave us a tour of the collection, answering questions about the items on display. These volunteers are ham radio operators, who fiddle with modern, computer-assisted radio gear when not giving tours.

The museum was sort of a mini-history of domestic design. Some early 20th century radios were in the shape of ceramic birds, others were “consoles”, large pieces of wooden furniture. 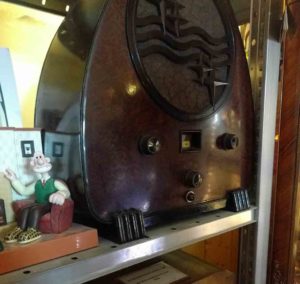 A Wallace and Grommet radio, next to a wooden 1930s radio set similar to the ones in the show. 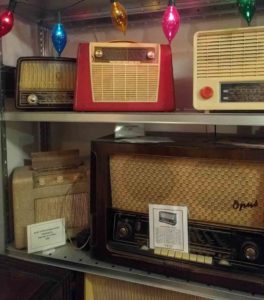 Later pieces were made of bakalite and other plastics. As, over time they shrink in size and price, radios were put into “branded” items, such as Mickey Mouse statues. One sample was in a little Wallace and Gromit scene — I liked this because Wallace and Gromit takes place “old time” early 20th century Britain, where people listened to old radios. 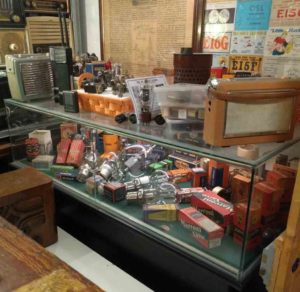 Vacuum tubes and other radio accessories. 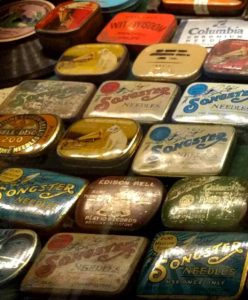 Gramaphone needles.
The museum included other communication technologies in addition to radio.

The collection included some accessories, such as old vacuum tubes (or valves in the UK and Ireland) and gramophone needles. There was also a collection of postcards that ham operators would send to each other across the world after exchanging details on their sets.

I love when people take their personal passion for collecting and transform it into a little museum like this.