Geffrye Museum of the Home |Swept Under the Carpet 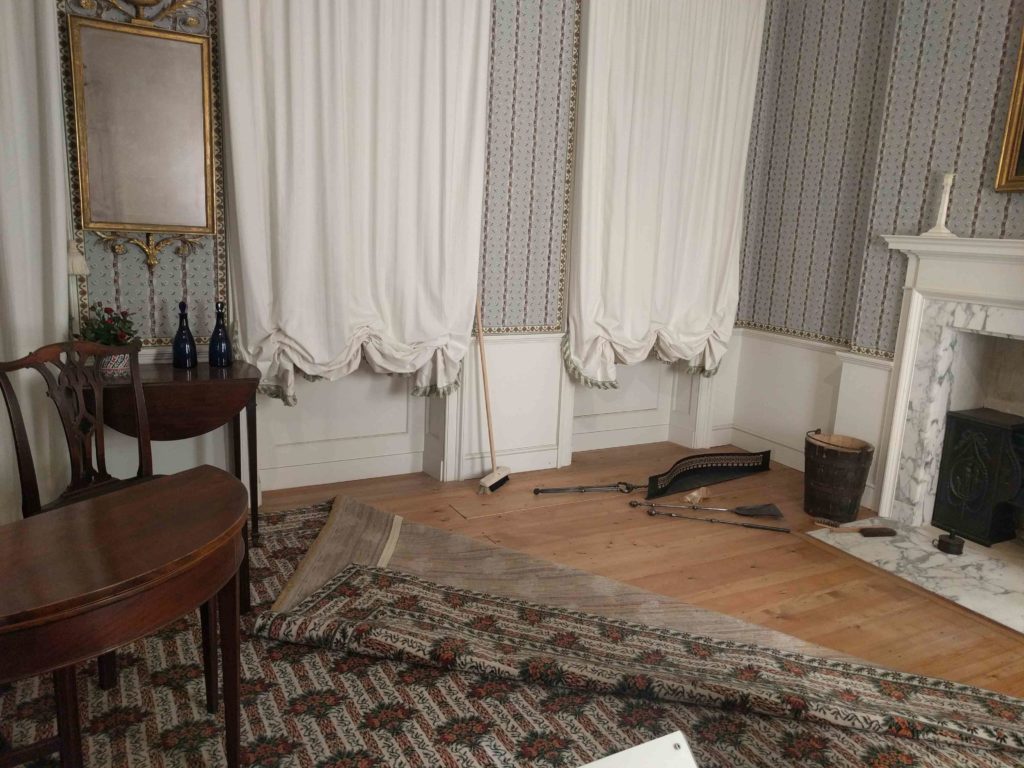 I had been to the Geffrye Museum on a visit to London2 years ago, which I wrote about here, but this new exhibit was so intriguing I thought it merited a separate post.

The Geffrye Museum celebrates middle-class London by showing how “the middlings” lived in different time periods, from the 17th-20th century. What this exhibit shows is how this middle class life was supported by domestic servants, who are not typically represented in these displays.

Because the exhibit consists primarily of period rooms with explanatory panels, and does not actually show any people, to demonstrate the domestic help throughout the centuries the rooms are captured at a point where they are being cleaned or are about to be cleaned, creating still-life tableaux where you imagine the domestic help.

In the early 17th century, young people would become servants as a way of learning to run a household, and to appreciate their place in the societal hierarchy, before starting a house out of their own. They were generally treated as “part of the family”, joining in for meals and prayers. The servants were responsible not just for the house, but for assisting with the children and with grooming the “master” and “mistress”, including delousing them. House cleaning was a bit different than now — they would soak the linens in urine to remove stains and grease.

By the end of the 18th century, there had grown up a distance between the servants and the families they served. Being a servant was a job for the poor, not the middle class. The scene depicted for this era takes place before dawn, when the servants would be cleaning the before the family has risen.

In the 19th century, British imperialism was reflected in household domestics. It was not unusual for a merchant to bring servants back from India with him, including an “ayah” or nannie.

By the end of the 19th century, the industrial revolution had made London a filthy place. While new technological advances (such as the carpet sweeper) had been introduced, there was much soot on everything that needed cleaning.

In the early 20th Century, many London “middlings” lived in flats, which often supplied cleaning services and sometimes even cooking. Later they used au pairs and hired “occasional cleaners”, in ways that seem more familiar to my experience as a middle-class American.

In an amusing twist, the final room of the exhibit shows a flat in disarray after a late night party, where the tennants had left their dishes in the sink and left a note apologizing and asking the maid to clean all this up.
I found this show a very interesting second take on middle-class life – a sort “upstairs-downstair”s of the middle class through the ages. 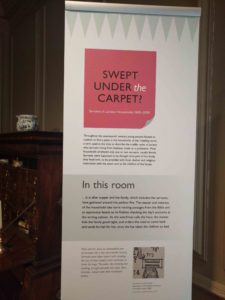 A panel in the exhibit 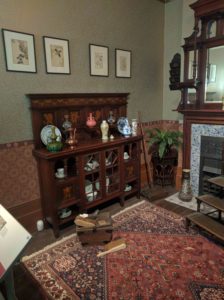 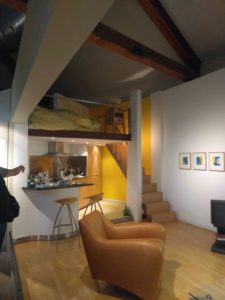