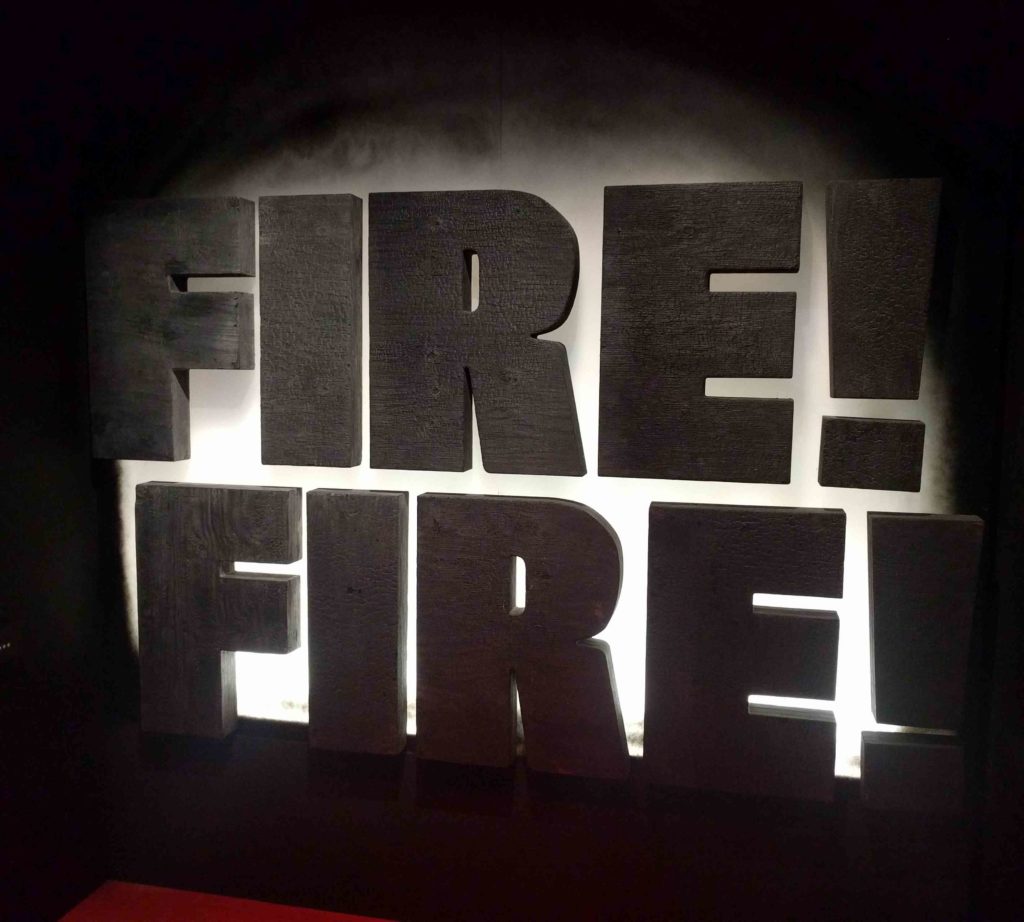 For the 350th anniversary of the Great Fire, the Museum of London has created an amazing exibition, great for kids and adults. By combining artifacts, “environments”, informational panels, and games, both digital and physical, the exhibit engages at many levels. 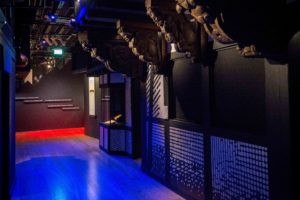 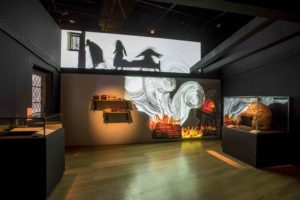 When you first arrive at the exhibit, you see a giant sign that says “Fire! Fire!” made, appropriately, out of charred wood. Then you enter a narrow corridor, intended to teach you about London prior to the fire, specifically Pudding Lane, where the fire began. There is a miniature barrel hanging as a cooper’s sign, and there are a few carved figures, like the ones that would have decorated the timbered buildings of old London. Back-projected silhouettes, some animated, show Londoners at bed time, as if you were seeing them through their curtains. There are sounds of London, as well as a voice reading the diary of John Evelyn describing the chaos of 17th Centry London and his concerns about the risk of fire. Finally, we get to the bakery where the fire started, and the shadow puppetry of the silhouettes show the baker’s family escaping through a window. I liked how the museum did not recreate the street (which is, in real life, just a few blocks from their galleries), but rather evoked it with the narrowness and darkness of the hallway and the chaos of the audio track. 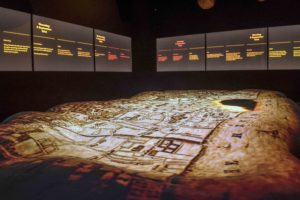 Gallery installation with projection on bread
© Museum of London

Next we come to a gallery dominated by a table with a big projection of a map of London, animating the destruction of the fire over the 4 days it burned. The projection is on an uneven surface, which at first I thought was a recreation of London’s topology, like the Manhatta map at the exhibit at the Museum of the City of New York. But then I noticed big loaves of bread hanging from the ceiling and I realized that the table was in fact shaped like a giant loaf of bread. I enjoyed the fancifulness of this presentation. 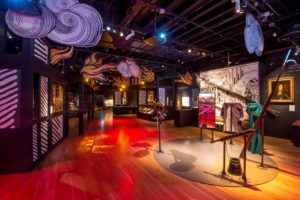 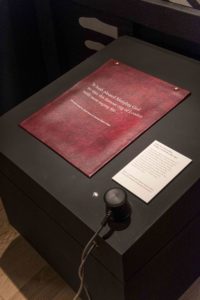 The following gallery is full of artifacts and 17th century paintings showing the history of the fire, interspersed with bold graphics inspired by woodcuts from the time. Also a faint burnt smell is pumped into the gallery. There is a big area set aside for “dress up”, with period costumes and leather fire helmets remarkably similar to the firemen’s hats still used today in the USA. There were no kids dressing up when we visited, but young adults were dressing up for selfies.

Letters were on display, written by Londoners of the time, with readings by voice actors available at the push of a button. In one area, after showing the trunks used to evacuate the possessions of wealthy Londoners, there was, at kid level, a small trunk and a box containing dolls, clothing, plastic food, and a flask, with a challenge –what 3 things would you pack in your trunk if you had to leave all your possessions during a fire? Both a simple game for small children, and a thought provoking one for the less young. 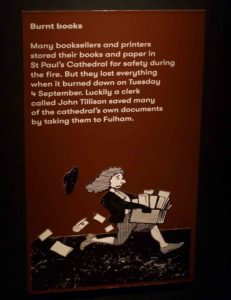 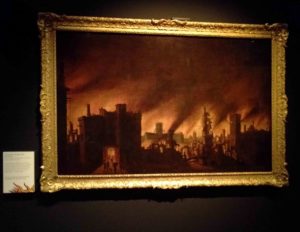 Note illustration on the gallery card

The last gallery was about aftermath of the fire. There were various plans for changing the city’s layout — in the end they kept the old medieval street plan, since it seemed like anything else would take more time, money and energy than the city could not afford. There is a section about laying blame for the fire — England was in a war with France and the Netherlands, and they had just burnt a Dutch city, so their enemies were accused of setting the fire (some foreigners in London were lynched. King Charles II and the parliamentary investigation insisted that it was an accident. Writers in the Netherlands said the fire was God punishing the English. All this seems very relevant in our era of religious intolerance and xenophobia (think Brexit and Trump’s wall). And to further bring equivalency between those times and now, there was a sort of refugee tent set up in one corner of the gallery to represent how the people would have had to live after their homes were burnt (reminding us of today’s refugee camps, including European ones like Calais Jungle).
I thought this was a great show, engaging to all of the senses, as well as to all age groups, and levels of previous knowledge.

The Museum has commissioned 3 Minecraft maps in conjunction with this show, corresponding to the 3 sections of the show — London before the Fire, London burning, and London after the fire. I love how the blocky graphics contrast with the medieval and baroque details. 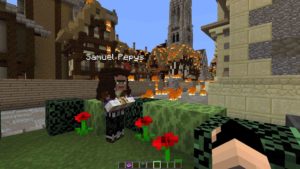 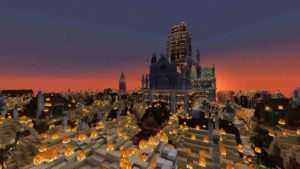