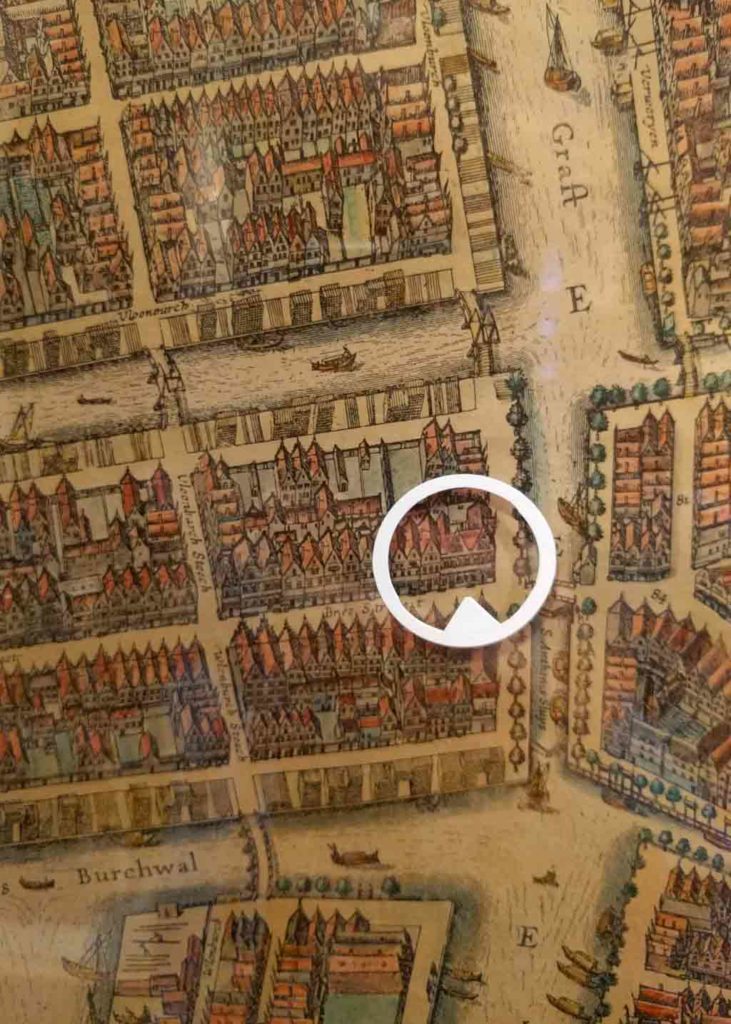 I enjoyed visiting The Rembrandt House on several levels. First off, it is always interesting to see where the rich-and-famous have lived and worked. Second, this museum shows us a bit about life in the Dutch Golden Age. Finally the museum is set up with interesting demonstrations of the tools of a 17th century artist.

In 1656 Rembrandt’s household was in a financial crisis. At the peak of his career, he had bought an expensive house, promising to pay for it in installments. But even as his commissions grew, he spent more than he made (mostly on art), so he was forced into bankruptcy. Rembrandt’s misfortune is our gain today, since the detailed inventory of his belongings, made up by his creditors, has survived. The museum used this documentation, along with Rembrandt’s own drawings, to restore the house and Rembrandt’s belonging in great detail. 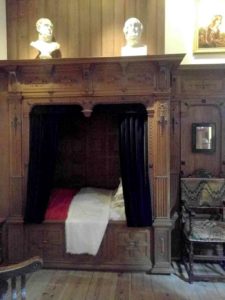 Bedroom. The bed is short because people slept sitting up. 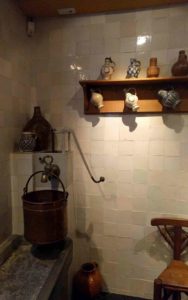 The house had several functions — the ground floor was Rembrandt’s home with his family, the next floor was his place of business where he made deals to sell his own art and art he had collected, and further up were his art studios as well as his student’s studios. 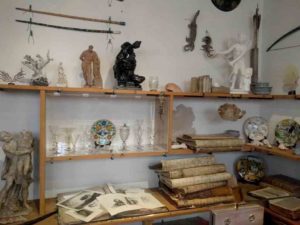 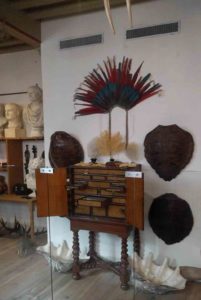 One room is his “artist cabinet” with his collection of exotic objects and plaster busts which he would incorporate into his work, and which he would provide for his students to draw and paint. There were tortoise shells, glassware, African fans, walking sticks and weapons. One of Rembrandt’s specialties was historical paintings, so these were tools of the trade. 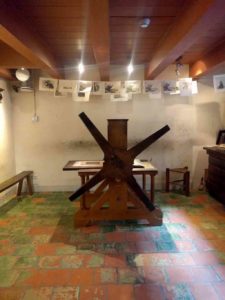 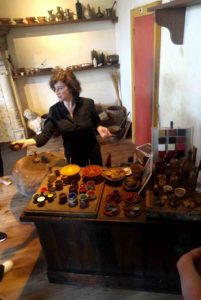 There is a print studio, where he etched, engraved and printed. A demonstration explained these techniques to visitors. In “the large studio” where Rembrandt painted, an artist explained what the different types of pigments were made from, and demonstrated how an artist would create their own paints from pigments and linseed oil, by grinding them together on a large stone. She made an aquamarine blue (made from ground lapis lazuli).

I found the house to be a fascinating museum.