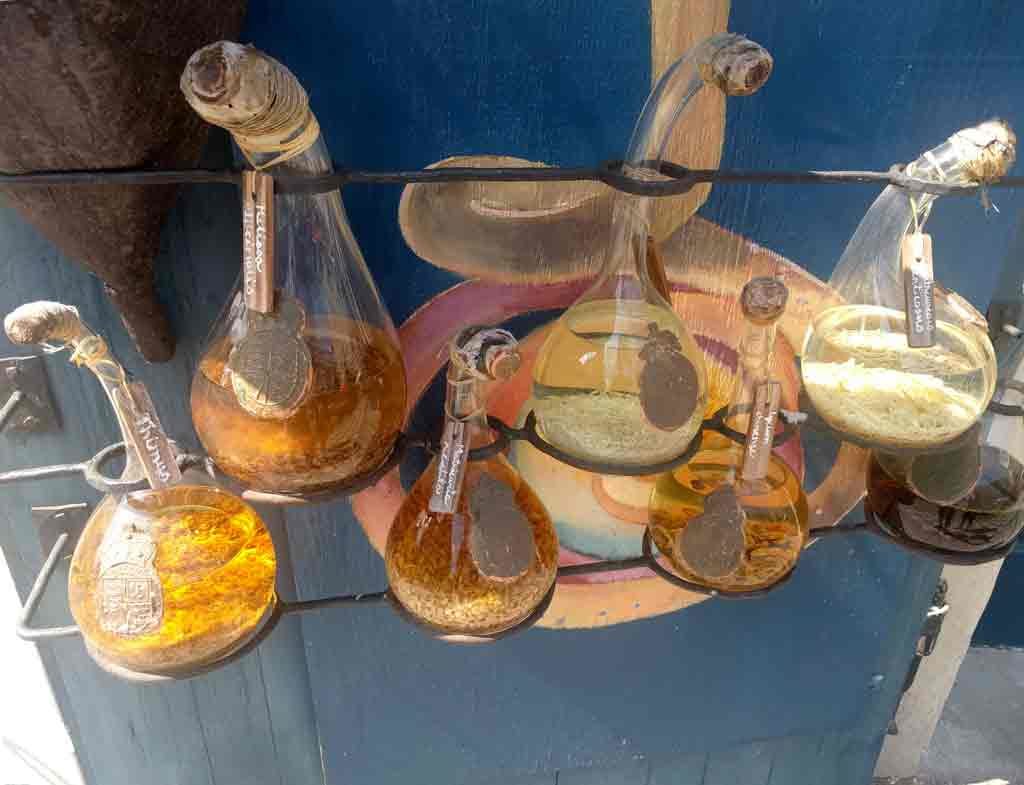 The Speculum Alchemiae in Prague purports to be an 16th century alchemists’ laboratory. However, as I entered the building through the gift shop and saw bottles of elixir of eternal life and elixir of love for sale, I knew that this museum visit would require the suspension of disbelief.

The secret rooms in the basement of this house, the story goes, were discovered during Prague’s catastrphic flood in 2002, the worst flood ever recorded in the city’s history. Part of the street collapsed, opening up a hole to the sealed off, forgotten underground rooms which extend from under the house. The building is part of the Jewish quarter, and it barely survived both the “French Fire” of 1689, and the the destruction of much of the Jewish ghetto in the early 20th century. We are told that it located near the Grand Via, a trade route that, during the middle ages, went from Spain, across Europe to the Near East, which would have given its inhabitants access to wares from across the world.

Upstairs above the laboratory.

Elixirs found hidden in the basement

The museum can only be visited as part of a guided tour. The tour starts on the ground floor, in the reconstructed alchemists office. Here the guide gave us background on alchemy in Prague. Holy Roman Emperor Rudolph II brought his court to Prague, where he invited the greatest astrologers, alchemists and scientific instrument makers of his time. Among these were English alchemists/magicians Edward Kelley and John Dee. The guide indicated that this house was Rudolph II’s alchemical laboratory and that many famous alchemists, including Edward Kelly would have worked there. Since the Catholic church disapproved of alchemy, we were told that the laboratory was hidden underground. 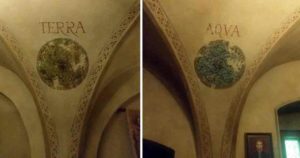 The office was full of books, bottled elixirs, and alchemical symbols. Each corner of the room had a symbol for one of the 4 elements (air, earth, fire, water), and in the center of the room was an elaborate chandelier that, we were told, focused the energy from the four elements down into the secret basement laboratory. 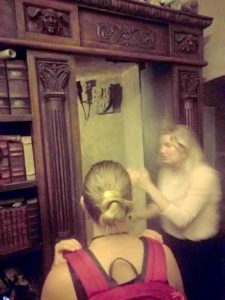 Secret passage to the basement behind a bookshelf 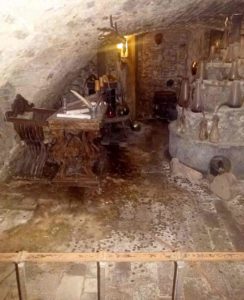 The guide revealed a secret passage behind one of the bookshelves which lead to a  stairway down to the basement. When these rooms were rediscovered in 2002, the basement was filled with mud, and the owner of the museum spent years clearing it out and discovering the artifacts left behind, centuries before.

The first room was the laboratory proper, where the alchemists would have performed their experiments. The museum curators had a sound recording playing of liquids bubbling and fire crackling, to help set the mood. 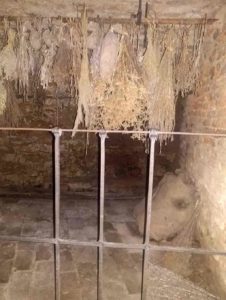 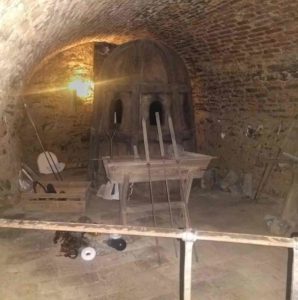 The second room was a glass-blowing studio, where the alchemists would have created their own tools for distilling and mixing elixirs, and to perform experiments in their search for the philosopher’s stone. The final room was a drying room for the herbs used in the elixirs. The museum had dried plants hanging from the ceiling. While the basement is currently quite damp, and seemed unsuitable for drying plants, the guide explained that when the furnaces for glass-blowing and for distilling were running in the other two rooms, the basement would have been very hot and dry.

The guide pointed out a plaque on the wall. She explained that behind this plaque, the excavators had discovered bottles of each elixir, as well as recipes in Latin for creating them. She also showed us the starting point for three secret escape tunnels running from the laboratories to Prague Castle, to the Old town and to the barracks. 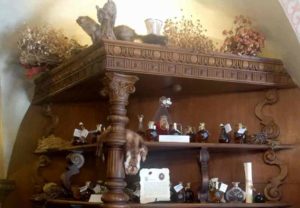 Recreated elixirs for sale in the shop 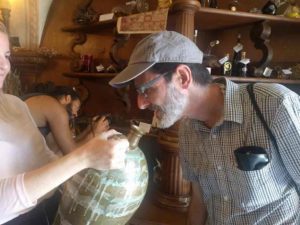 Smelling the elixir of love

The tour ended back up in shop, where the museum had elixirs for sale that had been recreated by benedictine monks (without the opium in the original recipes). She explained how Rudolph II who presumably took the elixir of eternal youth, had lived to be 69, and how he and his mistress would take the elixir of love daily. She allowed us to sniff the elixir of love, which smelled of wine and spices.

While I wonder if the stories we were being told in this museum were real or B. T. Barnum style hokum, I remember that many alchemists themselves were accused of being notorious charlatans, but that their work was the pre-cursor to modern science. Regardless, visiting this museum did allow me to imagine what 16th century alchemy would have been like in Prague.