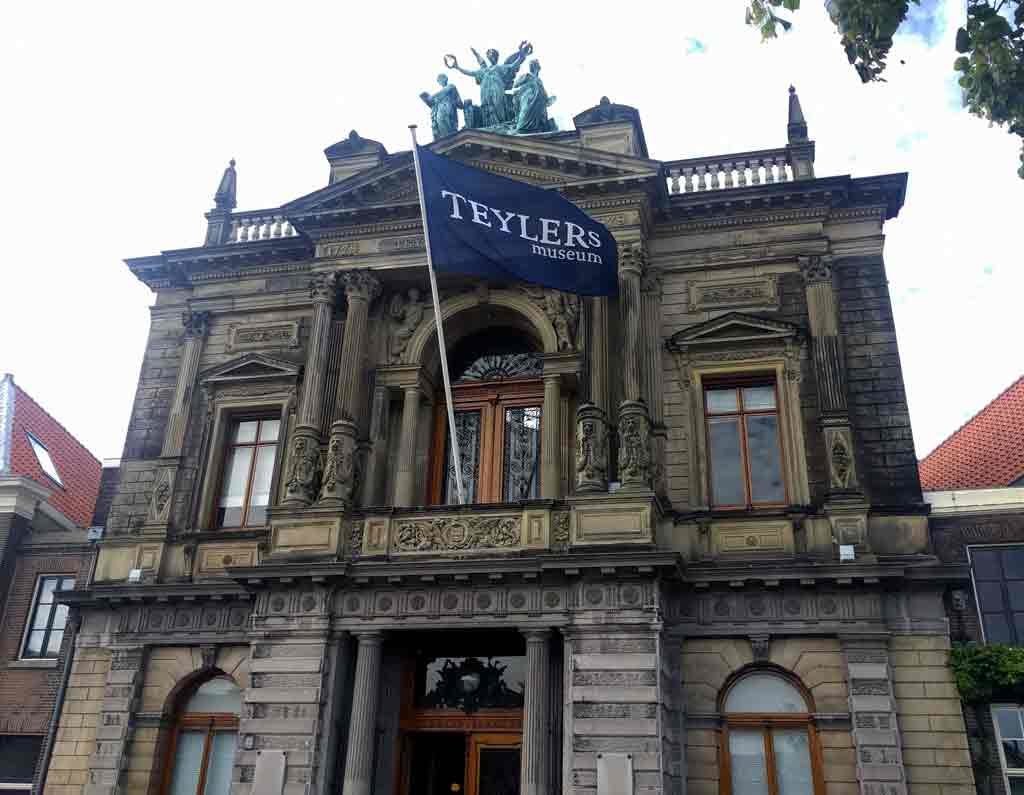 The Teylers Museum in Haarlem is the oldest public museum in the Netherlands. It displays Dutch paintings, prints and drawings, scientific instruments, fossils and more, but the coolest thing on display is the museum itself.

In 1778, during the Dutch Enlightenment, wealthy textile merchant and banker Pieter Teyler van der Hulst left his fortune and his collections to two societies — one for religious study, and one to study physics, history, numismatics and art. The executors turned the back of his house into a space where the public could discover the arts and sciences. The first gallery, the Oval Room opened in 1784, six years after his death, and as the museum has grown over the centuries, each room has been left largely as it was first conceived. 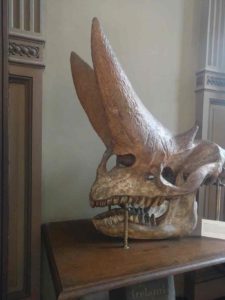 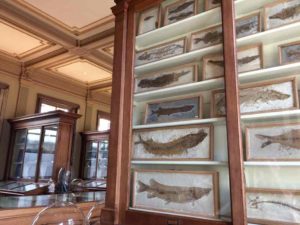 As you enter the museum, the first two rooms are the Fossil Rooms. These, along with the Instrument Room and the neoclassical facade, were build in the late 1800’s for the centennial of the museum. The fossils, all still displayed in their original wooden cases, include some dramatic pieces such as dinosaur heads and huge sea animals. One can just imagine the awe of visitors in the 19th century in front of these newly discovered species. 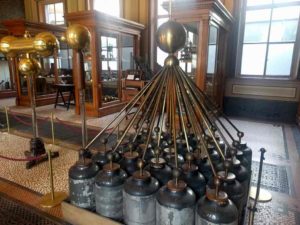 Part of the Large Electrostatic Generator 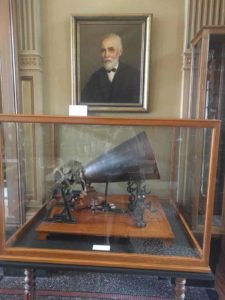 Next is the Instrument Room. The directors of the museum were scientists, and they collected scientific instruments both for scientific study and to demonstrate scientific principals to the visiting public. The center of the room is filled with the Large Electrostatic Generator, the largest in the world in 1784 when it was built, a hundred years before Edison’s electric lightbulb. While it was not in use, I was left to imagine the artificial lightning leaping between the brass globes. 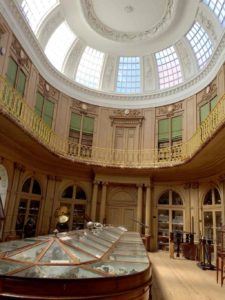 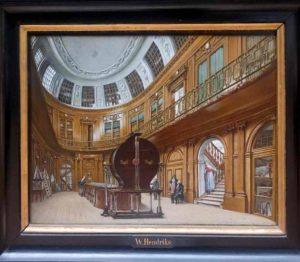 Next we come upon the Oval Room, the oldest part of the museum. It contains cases of minerals, more scientific instruments, and on the upper level, now closed to the public, the 18th century library of encyclopedias. A painting of the Oval Room by Wybrand Hendriks, the Museum’s art curator, shows how little the museum has changed. 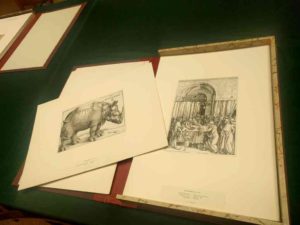 Facsimiles of Albrecht Dürer prints, available for visitors to browse 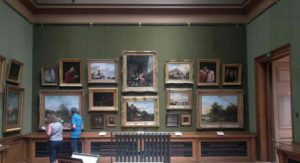 Which brings us to the Painting Galleries. Here we see Dutch paintings hung 3 deep, as they would have been in the 19th century. Originally, boxes of Old Master drawings and prints would have been on shelves in boxes below the paintings. Michelangelo’s sketches for the Sistine Chapel, etchings by Albrecht Dürer, and Audubon’s Birds of America, would have been available for visitors to pull out and peruse. For conservation and security reasons, these prints and drawings have been replaced by facsimiles, with the originals occasionally on display in a modern exhibit hall. I can imagine art students traveling to Haarlem to study these. 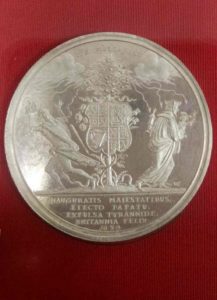 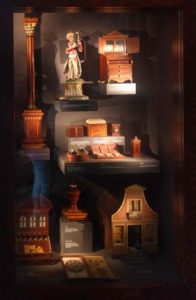 Other sections of the museum featured quirky collections. One gallery featured coins and medallions, some collected by Pieter Teyler himself. One coin dated 1784, celebrated William of Orange’s reign as King of England. It depicts the English coat of arms hanging from an Orange tree, with James II running away with his son after being deposed. Another area showed 18th century magic tricks. These devices used science to create illusions, but, unlike the scientists who conducted demonstrations at the museum, the magicians hid how their devices worked. For modern visitors, a video explains the workings of each magic trick.

I love old museums, like the Victoria and Albert, the National Museum of Scotland or the Museum of Natural History. The Teylers Museum was delightful, not only for its collection, but also as a museum piece itself. By showing the galleries, built in different centuries, much as they were originally installed, the museum allows us to imagine the curators and the visitors to the museum in years gone by.