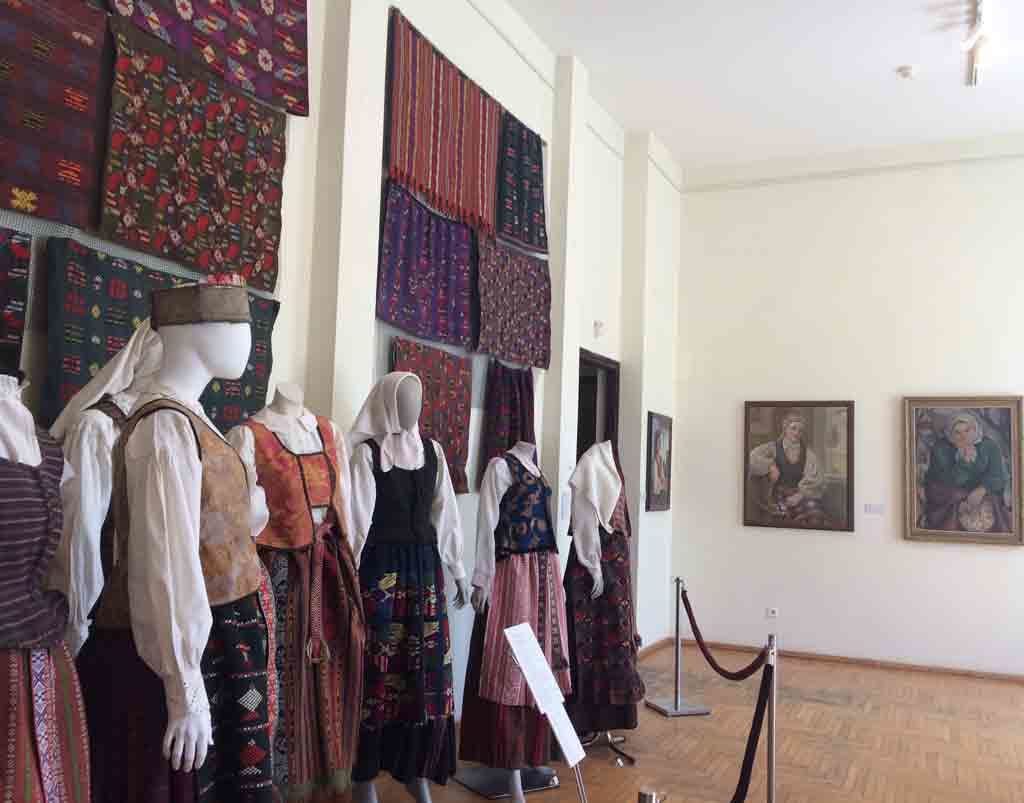 Something about the poster for this exhibit caught our eye. We were visiting Lithuania, and what could be more Lithuanian than the country’s traditional costumes? The show also presented artwork featuring these costumes, demonstrating the Lithuanian nationalist pride in some eras, as well as Soviet celebration of the peasant in other periods. 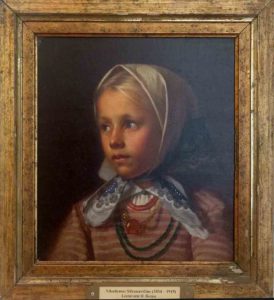 19th Century painting of a girl in traditional outfit.

The show was an interesting mix of traditional costumes, mostly from the late 19th and early 20th centuries, and representations of these costumes taken for various Lithuanian museums. There were photos, paintings and prints from the 18th and 19th century, as well as from the Soviet area. The artists idealized and celebrated the Lithuanian peasant. While the artistic styles changed, the costumes seemed frozen in time. 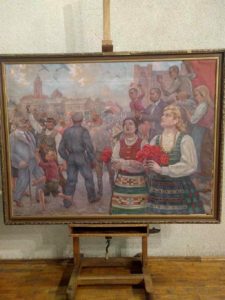 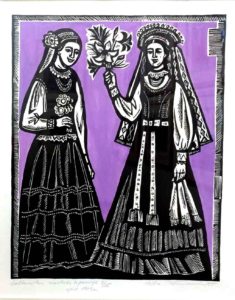 There are a variety of Soviet styles represented here — mid-century paintings were often in Social Realist style, while graphics and late 20th century paintings have a bold, simplified style. 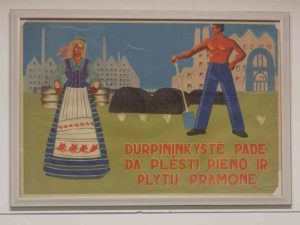 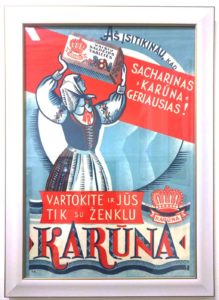 Other representations included posters. There is even an example of people in folk costumes in an advertisement for saccharin. 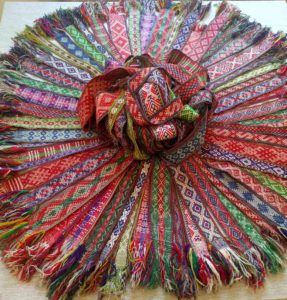 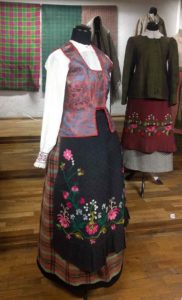 There were a wide variety of clothing featured as well, some specific to certain regions of Lithuania. One display featured dozens of woven bands, used both as belts and as trim in men and women’s traditional outfits.

The thing that struck me about this show, is that while that there could not be an equivalent to this exhibit in the USA. We do have some artists who created heroic paintings of farmers (Grant Wood, Thomas Hart Benton, Norman Rockwell) but there are no traditional American folk costumes.